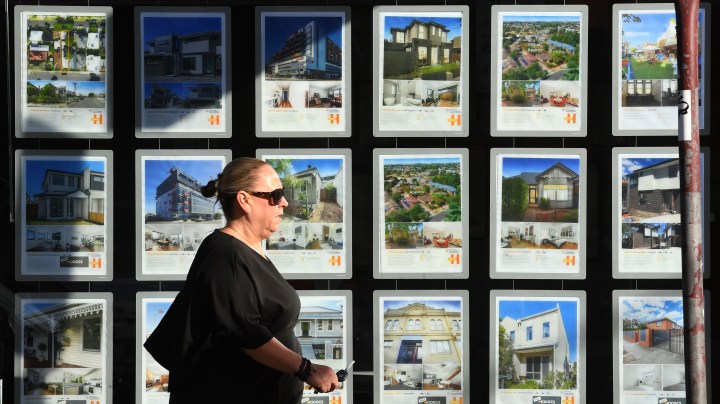 Migration to the suburbs was taking place before the pandemic began. The work-from-home model only heightened the housing demands. William West/AFP via Getty Images

Migration to the suburbs was taking place before the pandemic began. The work-from-home model only heightened the housing demands. William West/AFP via Getty Images

It’s a mad, mad, mad, mad housing market in the United States. Housing prices have jumped dramatically across the nation, and demand for houses far outpaces the inventory available.

And the biggest beneficiaries of the housing boom? Smaller markets, including places like Sarasota, Florida, and the suburbs of Austin, Texas.

“Millions of people moved during the pandemic and were driven by that need to work remotely, the desire for more space and better opportunity. So suburbs and small cities were clearly the winners,” said Nadia Evangelou, senior economist and director of forecasting with the National Association of Realtors.

Millennials have of course been playing their part in this trend, said Logan Mohtashami, a lead analyst for HousingWire.

“Because ages 30 to 39 were massive in this decade, we should get more people moving out of expensive cities into bigger homes, because they want bigger homes for their families,” he said.

Mary Kate Olivas, a realtor based in Sandy, Utah — about 25 minutes southwest of Salt Lake City — said her clients tend to be millennials and first-time homebuyers.

Utah, like many other states, has had a record-breaking year for housing. The statewide median price for all housing types climbed to $450,000, an increase of more than 30% since June 2020, reported KUTV.

Happily for suburban areas and smaller cities, this migration can generally be supported from an infrastructure standpoint, said Michael Burayidi, a professor of urban planning at Ball State University.

In fact, that’s why folks move out there. “The quality of place factors,” he said. This includes larger lawns, restaurants, bars, museums and good schools.

But with up to 20% of the U.S. population expected to work from home permanently, Burayidi said this migration out of urban settings can come at a cost to downtown hubs.

“That population and foot traffic is absent in the downtown and is going to have an impact, particularly on retail businesses and restaurants, and even professional offices, such as dentists and doctors. They will have fewer customers,” he said.

The millions of square feet of office space sitting empty can be a detriment to urban infrastructure like public transit, too, Burayidi said. Many of those same public transit systems are offering incentives to lure commuters back.

For Olivas, the demographic shift is exciting and may translate into a change in Utah’s culture.

“As for the culture itself, I think it is ever-changing. I think, you know, in five years, Salt Lake is not going to be the same city, Utah won’t be the same state,” she said. “That could be because of the pandemic, but it’s definitely from people moving in and just kind of putting their own little touches on the state.”

Migrants to the Beehive State are principally moving from California, Idaho, Washington, Oregon and Arizona, and are typically younger and more racially diverse.

People like Vinay Cardwell are trying their best to support this migration. The Young Professionals Salt Lake City president said that during the height of the pandemic, the nonprofit had concerns about retaining members.

Now, with the economy reopening and with some teleworkers who came to get more bang for their buck now hungering for human interaction, Cardwell said he’s noticed greater interest in the networking community. And he said the majority of YPSLC event attendees are new to the Salt Lake City area.

“We all have our own reasons for being there. And a lot of it is to form community,” Cardwell said of his network. “I’m amazed. I will post stuff up [on social media] every single week, or we try to do things every Thursday. And we are getting people coming consistently bringing their friends. Word of mouth is growing, and we are starting to grow more and more.”

He said he hopes that the growth of his network will continue to attract young professionals and large companies to the region.

While the injection of newcomers can boost a smaller market’s economy, Mohtashami said it can have a dark side, too: potentially pricing out a locale’s original inhabitants.

“When you have big money shift from cities into areas that aren’t very expensive compared to them, then the total cost of living goes up,” he said. “So it impacts the lower-wage community more because the rents go up. And at the lower-income range, you really feel that.”

Cardwell said he thinks — and hopes — that the increase in Utah’s house prices will slow in the coming months. He doesn’t see the housing boom as sustainable.

The Vancouver, Canada-born Cardwell, who works in managed payments for eBay, bought his home in Rose Park — a neighborhood northwest of Salt Lake — in November.

He noted that a similar house not too far from his own property recently hit the market. Just about 50 square feet larger than Cardwell’s, the home is priced about $50,000 more than what he paid some eight months earlier. 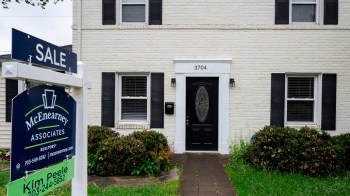 In the housing market, more people are starting to back out of deals