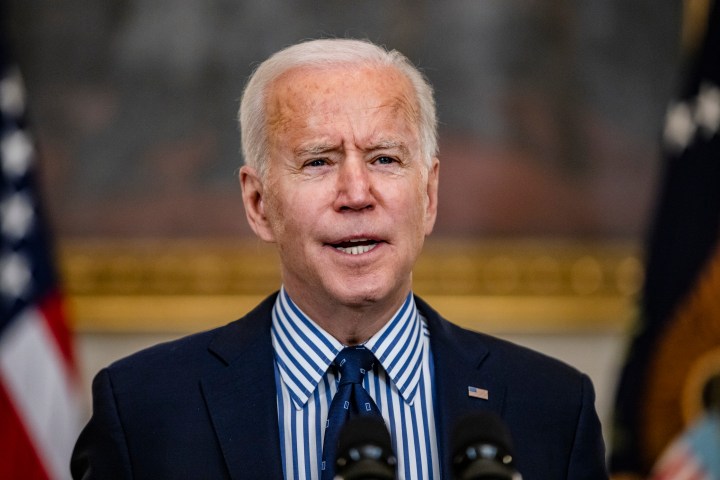 President Joe Biden speaks at the White House following the passage of the American Rescue Plan in the U.S. Senate on Saturday. Samuel Corum/Getty Images

Congress is expected to approve a $1.9 trillion COVID-19 relief package later this week that will extend unemployment benefits for Americans, just before they expire Sunday.

The Senate approved the bill, known as the American Rescue Plan Act, this weekend, while the House of Representatives is expected to pass the bill Wednesday morning. Afterward, the plan will head to President Joe Biden’s desk for his signature.

Since the pandemic began, more than 80 million people have filed for unemployment benefits. If Congress does not pass this bill, 11.4 million workers will lose their benefits between March 14 and April 11.

The PUA is open to workers who typically don’t qualify for unemployment benefits, such as gig workers, freelancers and independent contractors. Meanwhile, the PEUC provides additional weeks of unemployment insurance once a recipient has exhausted state benefits.

State benefits typically last up to 26 weeks, and amounts vary depending on what state you live in. The U.S. average is  $347 a week, according to January data from the Labor Department.

Those qualifying for benefits will receive a supplemental $300 a week from the federal government on top of any state benefits in this new Senate bill, although the House previously passed a bill with a $400 weekly benefit.

Under the relief package, the first $10,200 received in unemployment benefits in 2020 will be tax free for people with an adjusted gross income of less than $150,000. Normally, these benefits are taxed.