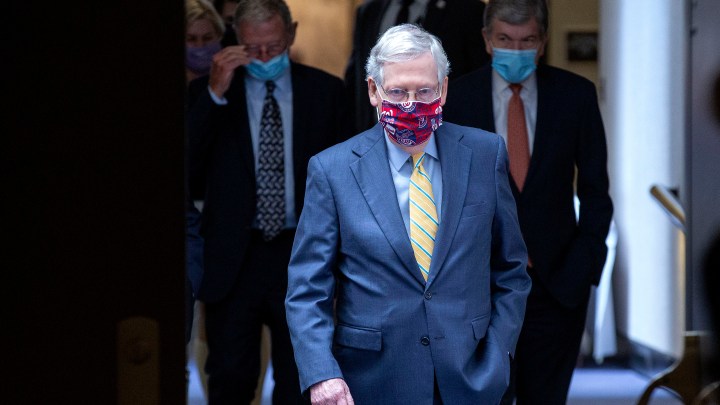 Republicans are still trying to come up with a plan to replace the pandemic unemployment benefits, which millions of Americans have been receiving. That $600 dollar a week benefit expires at the end of this month.

Treasury Secretary Steven Mnuchin said early Thursday that Republicans were talking about capping wage replacement at 70% of a worker’s prior pay. It’s not clear this will be the exact plan Republicans settle on, but what might it mean?

One of the arguments the Republicans have made is that $600 dollars a week is more than some people were earning, so they don’t have an incentive to go back to work.

For someone who used to earn minimum wage, 70% of their prior salary could be just a couple hundred dollars a week.

And, in the end, it’s too complicated for each state to figure out what 70% of everyone’s past wages would be, said economist Gary Burtless from the Brookings Institution.

“It is crazy to have waited this long,” Burtless said. “They should be planning on having something like six to eight weeks, at least, before states are going to be able to implement that in a uniform way.”

Instead, some expect Republicans to end up proposing a flat rate.

“I think the way they’re probably going to do this is just give everyone roughly $200 per week, flat, regardless of who they are,” said Ernie Tedeschi, an economist with Evercore.

Meanwhile, the clock is ticking on the current benefits expiring.