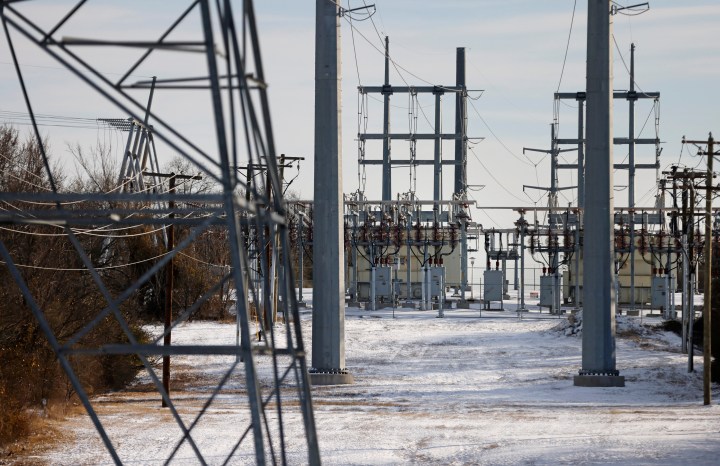 In the wake of a catastrophic winter storm in Texas, many residents are facing energy bills that spiked into the thousands of dollars.

Freezing temperatures last week led to power outages, with about 400,000 Texans left without power by Thursday afternoon. As of Sunday, nearly a third of the state’s residents experienced problems with their water supply. Some customers of the power supplier Griddy have been charged $5,000 over the span of five days — and up to $17,000.

During the crisis, Comstock Resources Inc. — a natural gas producer— was able to sell gas from its wells in East Texas and northern Louisiana at premium prices, according to Bloomberg.

“This week is like hitting the jackpot with some of these incredible prices,” said Roland Burns, the company’s chief financial officer.

The reason Texans in some parts of the state, including the north, received such large bills is most have the option of signing up with companies that charge unregulated prices, according to Mark Dyson, principal with the carbon-free electricity practice at the Rocky Mountain Institute. (In comparison, a city like Austin has regulated utilities.)

Customers were on the hook to pay variable rates for electricity, according to these arrangements — which increases when demand does.

In theory, Dyson said, such terms could help customers save money during periods like the summer, if they avoid running their air conditioners or turn up the temperature on their AC set point. But the model falls apart under the kind of conditions that occurred last week.

“I honestly don’t know what the appetite will be for retailers to offer pricing programs like this in the future — and for customers to sign up for now that they’ve seen what can happen on very bad days,” Dyson said.

On Sunday, Texas Gov. Greg Abbott said the state would halt customer disconnects for those who haven’t paid their bills on time. “Texans who suffered through days of freezing cold without power should not be subjected to skyrocketing energy bills due to a spike in the energy market,” Abbott said.

He also added that the legislative session wouldn’t end if state lawmakers couldn’t agree on protections for residents during periods of peak demand.

To successfully fight a bill in court, the consumer would have to argue that the contract was deceptive, misleading or unconscionable, according to Roger B. Borgelt, principal and CEO of Borgelt Law.

“There are arguments legally that can be made,” Borgelt said. “But it’s not necessarily an easy thing to get out of. And I think that’s why the [Public Utility Commission of Texas] has ordered this pause in bills.”

For those who have received bills like these, Borgelt said, their first step should be to contact their provider directly and ask for a reduction, a payment plan or whatever forbearance they can get.

Richard M. Alderman, director of the Consumer Law Center at the University of Houston, agreed that this is a difficult issue since these contracts likely absolve the utility of responsibility if anything goes wrong and say that the company merely passes costs along to consumers.

“So I think the entity that people will look to is the [Electric Reliability Council of Texas],” Alderman said. “They’re the ones that controlled what was going on.”

ERCOT operates Texas’ electric grid and manages the deregulated market for 75% of the state, according to its website.

Griddy itself released a statement Friday saying it’s “engaging” with both the Public Utility Commission and ERCOT to obtain relief for customers. It added that it is “committed to crediting customers for any relief received, dollar-for-dollar.”

“The utility company is caught in the middle because they’ve had to pay this out. And then they immediately bill the consumer,” Alderman explained. “I think that the oil entities are going to want their money, and the only way that this will be resolved is if some government entity, I assume it will be the state, comes up with a way to compensate them.”

Alderman said he thinks this is a situation where the private marketplace may not work well.

“And in fact, it obviously didn’t work well,” he said. “The government has to step in.”