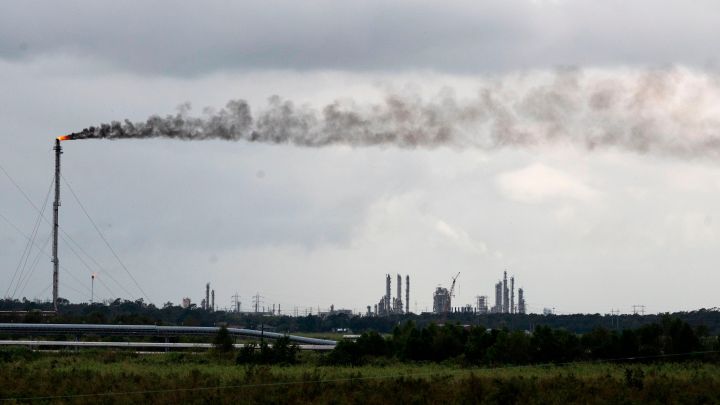 There have been a lot of news stories in the last few days about the weather-induced breakdown in the Texas energy grid, which has caused millions of people to lose power in the middle of a freezing storm.

But even after the weather starts improving, the effects of this now-three-day crisis are likely to linger and to be felt far beyond the Lone Star State. That’s partially because of how the oil market works, or in some cases, doesn’t work.

When the oil supply chain functions as it should, oil gets pumped out of the ground, trucked or piped to a refinery and transformed into products including gasoline, diesel and jet fuel.

“All of these have experienced some type of disruption because of the weather,” said Matt Smith, director of commodity research at ClipperData, which tracks the oil supply chain.

Smith said that right now, oil just isn’t getting pumped out of the ground; refineries are shut down, and companies aren’t exporting barrels out of the Gulf Coast.

“We’re seeing a number of these different ports, such as Houston, Corpus Christi, also being closed,” Smith added.

The Gulf Coast handles roughly half of the country’s oil refining capacity. That means the effects of the extreme cold will ripple even further down the supply chain throughout the United States.

Michael Webber, an energy professor at the University of Texas, gave this example: “Jet fuel in Atlanta depends on a refinery in East Texas, which depends on oil production in West Texas.”

When it comes to gasoline, the refineries have a certain amount stored up that trucks can deliver to retail gas stations for now. That’s because earlier this month, gasoline supplies were at relatively normal levels.

But Tom Seng, an energy professor at the University of Tulsa, said if they’re not replenished, “the question becomes OK, how long are these refineries going to be shut down? And how much, how many days of supply, does this actually represent?”

In the meantime, prices of oil and gas futures have started rising.

Seng said that means all of us could soon start paying more, too: “I’d expect that certainly electric bills and natural gas bills are going to see spikes.”

While Seng said that might be further down the line for the rest of the country, it’s already affecting the millions of Texans who need heating oil right now.