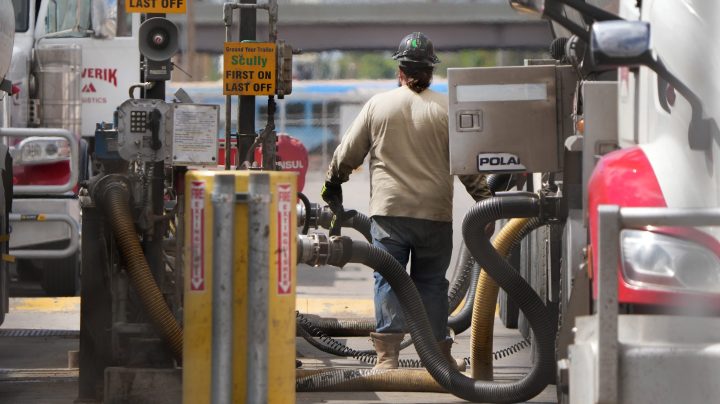 The difference between the cost of oil and the cost to refine it — what’s known as the crack spread — was ridiculously wide just after Russia invaded Ukraine. As you might have noticed, gasoline prices were also a lot higher then.

Right now, gas prices are high, and the crack spread is at the “high end of normal,” as some are calling it. But that’s not caused by some conspiracy about refiner price gouging. It’s basic economics.

“Increases in the crack spread that we’ve seen recently has been just supply and demand,” said Christopher Knittel, a professor of applied economics at the Massachusetts Institute of Technology.

With the war in Ukraine adding to the effect of some U.S. refineries being offline because of the pandemic, the world simply didn’t have the refining capacity to keep up with fuel demand.

Retail prices, that is. Like for a gallon of gas.

Remember: 60% of gasoline prices are determined by the price of crude oil, and 25% is the refining, distribution and marketing of that oil — in other words, the crack spread.

While refining costs have gone up due to supply chain and logistics issues, Jason Gabelman at Cowen said the current crack spread is wide enough to offset those costs, and then some.

“Even though they’ve come off, they’re still historically strong margins, double what they typically are for this time of year,” he said. “So these guys are making money hand over fist right now.”

But he doesn’t blame them for doing so. That’s the way it works.

Jeff Barron is an economist at the U.S. Energy Information Administration. He said that historically, we’ve seen this when a hurricane hits Texas and Louisiana and knocks some refineries offline. Some of them never come back.

“So those refiners that, let’s say, do not get affected by a hurricane in those time periods, they receive higher revenues because they are able to meet the demands of their customers,” Barron explained.

He said refiners will continue to operate at full capacity as long as they’re able to. It’s extremely profitable to do so right now.

And in terms of the lower price you’re paying for gasoline, sure, crude oil is cheaper, but some of that decline has, indeed, been due to a slimming of the crack spread.