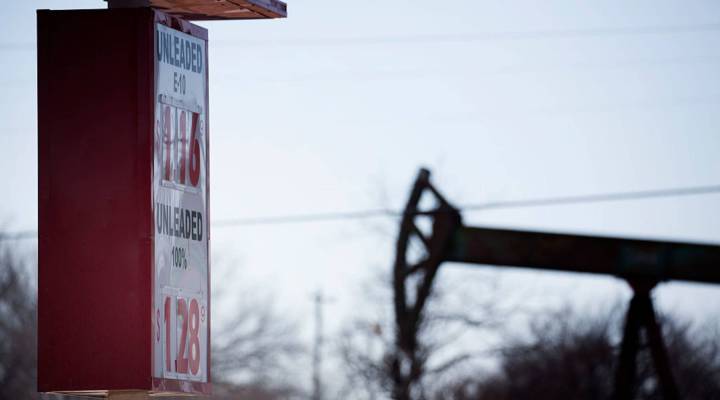 For the first time in almost two years, oil supply might be less than demand, according to Goldman Sachs. In a note to investors, the company said “the oil market has gone from nearing storage saturation to being in deficit much earlier than we expected.” With that news, oil prices reached six-month highs Monday.

Goldman said multiple shocks to the oil industry around the world have shifted it into deficit mode this month, with the surplus oil that’s been flooding the market now dwindling.

Steven Kopits is president of Princeton Energy Advisors, and said the tightening market  is welcome relief for struggling oil producers that  have felt the pinch of low prices, even while consumers benefited from cheap gas.

“But it’s been all consumers now for almost two years, and we’ve had great pricing and low oil prices, but that’s not going to stay forever,” he said.

Even if they don’t stay low forever, Michael Webber of the Energy Institute at the University of Texas-Austin said prices probably still won’t go that high. Many producers reduced output, but can get production up and running quickly again.

“And so the question is, if prices get high enough, will people turn on production and that will cause prices to go back down?” said Webber.

But Webber points out no one really knows where oil prices will go.

“I think that predicting the future of these oil prices is a little like guessing the weather,” he said. “We have radar and we have a lot of sensors about what we’ll get with the weather, but we’re still often wrong.”

Models don’t prepare us for Canadian wildfires halting production in the oil sands, or Nigerian militant group, the Niger Delta Avengers, blowing up pipelines. Plus, the emotional swings of the market also contribute to oil prices.