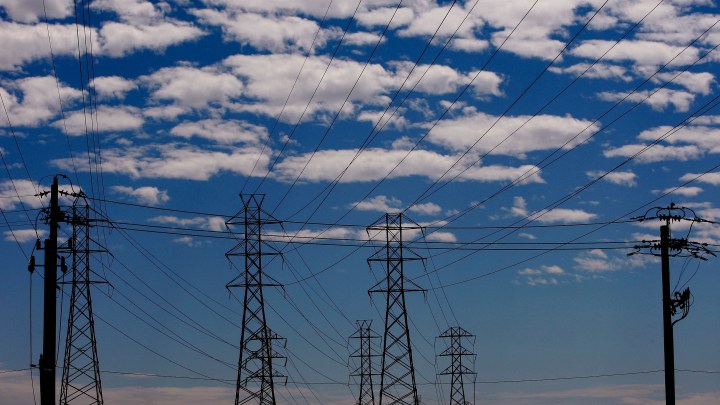 More than 4 million Texans were without electric power Tuesday amid continuing below-freezing temperatures, highlighting a failing power grid system. Gov. Greg Abbott has demanded emergency reforms at the organization that operates the grid.

At issue: a quickly widening imbalance between supply and demand. Power grids need energy producers and users to be exactly in balance.

“Essentially, electricity is a just-in-time product,” said Cheryl Roberto, senior principal at the consultancy Synapse Energy Economics. “It needs to be made the moment that we need it and delivered to where we need it.”

There is hardly any energy in storage for emergencies like this, and Texas power supplies can’t keep up with the desperate demand for heating electricity. Natural gas wells producing fuel for power plants are freezing up, and some of the plants themselves are going down.

Texas maintains its own state power grid system. Grids in other parts of the country often pay power plants to invest in additional capacity for emergencies. Those so-called capacity markets add costs. Texas policymakers have not chosen that route.

“Texas made a conscious decision that we wanted to have an efficient market so that it would produce the lowest prices for customers,” Rhodes said.

Not Tuesday, though. Texans are so desperate that wholesale electricity units normally selling for $35 per megawatt hour have soared to $900, said Ed Hirs, an energy economist at the University of Houston. He added that residential ratepayers are picking up the tab.

“These folks are paying hundreds of dollars to keep their homes and apartments warm on a daily basis right now,” Hirs said.

He said power companies made a “killing” Tuesday, given the nature of the Texas power grid: When producers make less product, it becomes so scarce that prices skyrocket.

The polar vortex blanketing much of the country is unusual, but atmospheric scientists note that extreme weather can occur more frequently as the climate changes. Many events linked to climate change — rising sea levels, wildfires and freezing temperatures — affect the physical components of the power grid, said Melanie Kenderdine, managing principal at Energy Futures Initiative, a climate innovation group.

“It’s the electricity infrastructure that’s more exposed than other energy infrastructures,” Kenderdine said. “And we need to be very thoughtful about that as we work to electrify everything.”