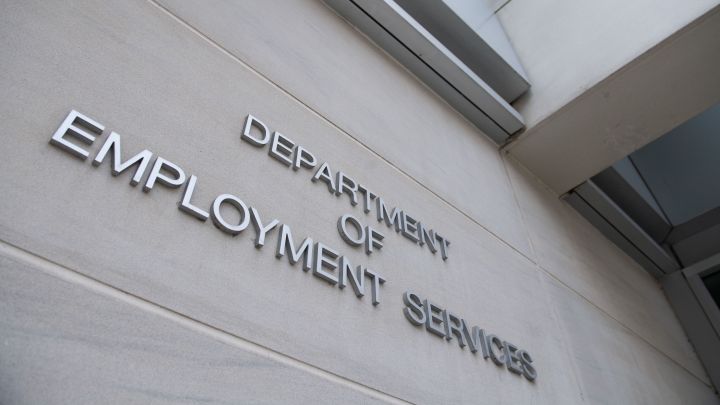 The Labor Department’s technical definition of “long-term unemployment” applies to someone who’s been jobless for 27 weeks or longer — a bit more than six months.

In the January jobs report, that was 40% of unemployed folks. That’s not even taking into consideration the people who’ve just given up and left the labor force altogether.

What are the long-term effects of long-term unemployment?

Early in the pandemic, there were lots of temporary job losses. Businesses were shut, temporarily. People were furloughed, temporarily, and would hopefully get back to work, eventually.

But now, 4 million people are suffering with long-term unemployment.

“That is exactly double what it was in January of 2020. So, the economy, in my view, is really stuck in a rut right now,” said Carl Van Horn, professor of public policy at Rutgers. He said unemployed people are stuck in a rut as well, due to “employment scarring,” in which the longer someone goes without a job, the harder it is to get a job.

“Because employers tend to stigmatize them. Even though we all know that most of these people lost their job totally without any fault of their own. They didn’t do anything wrong, they were just caught up in this economic change,” Van Horn said.

And certain groups were caught up more than others: women and Black and Latinx people.

“Workers tend to be displaced in really discriminatory ways. And then they’re also going to face hiring discrimination on the other end. It’s going to be even harder for them to go back to work,” said Kate Bahn, the director of labor market policy at the Washington Center for Equitable Growth.

A study out this week from McKinsey predicts inequities in the labor market mean it will take women and people of color an extra two years to reach pre-pandemic employment levels.

Kweilin Ellingrud, who headed the study, said the pandemic has also sped up technological developments that make some lower-wage jobs obsolete. “And when you bring both COVID and automation together, you have a real acceleration and a much more slow rebuilding of jobs in the U.S. economy,” she said.

Plus, Ellingrud said, when people are out of work a long time, they often just take whatever job they can get, even if it’s not a good fit or pays less than they used to make, which can decrease wages in the future and worsen stress and other mental health issues.