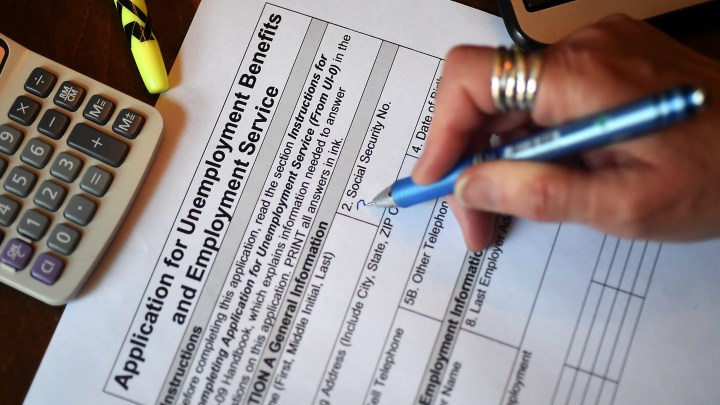 The number of people filing for unemployment fell again last week, for the sixth week in a row. First time claims, continuing claims, overall claims — all trending down.

But one measure that isn’t trending down is the number of people on Pandemic Emergency Unemployment Compensation, the extended federal benefits for people who are long-term unemployed and have exhausted their regular state benefits.

The number of people on those extended unemployment benefits has been staying pretty steady at over 5 million for weeks now.

“This pandemic has been going on for 15 months. We have a lot of people that are stuck in long-term unemployment,” said Heidi Shierholz, a labor economist at the Economic Policy Institute. She said that right now, almost 30% of people who are unemployed have been out of work for a year or more.

AnnElizabeth Konkel, an economist at Indeed (a Marketplace underwriter), said a lot of them aren’t going to find new jobs unless the labor market keeps improving. “Where we just ramp it up even more and more, where there’s just so much hiring that it pulls in the people who are currently on PEUC,” Konkel said.

People who have been out of work the longest almost always have the hardest time finding new jobs, said William Spriggs, an economist at Howard University. “That’s why high unemployment rates persist even after the labor market appears to have recovered,” Spriggs said.

With more than 20 states pulling out of all federal unemployment programs while so many people are still unemployed, and with pandemic-related unemployment benefits set to expire everywhere in early September, Spriggs said: “When we get to Labor Day there’s going to be a crisis, because this long-term unemployment problem will not evaporate by September.”

And if millions of people lose their benefits, he said, that will not be good for them nor for the economy.