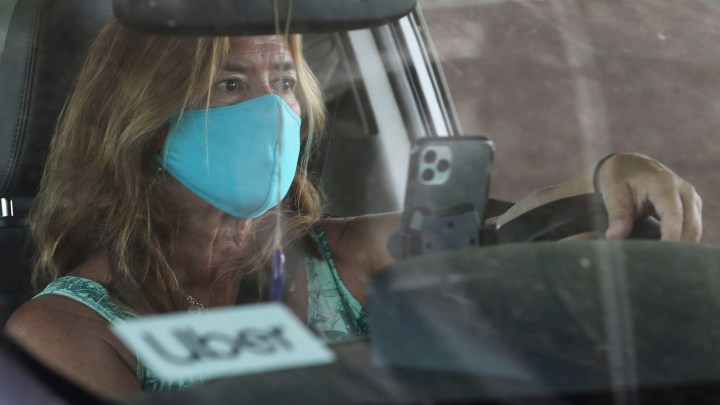 Buried in the details of the Labor Department’s weekly unemployment claims Thursday morning was a significant jump in the number of gig workers filing for jobless benefits, up more than 48% to nearly 424,000.

Gig workers can apply for temporary Pandemic Unemployment Assistance which is specifically for “self-employed, independent contractors, and others who are unemployed as a direct result of COVID-19, who are not eligible for regular unemployment benefits or extended UI benefits,” according to the U.S. Department of Labor.

One person grateful for the extra cash is Joy Chowdhury. He’s an Uber driver in New York City, and when the pandemic shut down most businesses in the city, he was in a bind.

“I was struggling to pay my rent,” he said.

That changed when Congress passed the first COVID-19 relief package.

“It did help me” once he could get unemployment benefits, Chowdhury said. “I’m going to appreciate that opportunity as a gig worker.”

This latest spike in pandemic unemployment claims is likely linked to the brief lapse in the program before the last aid package was approved, new shutdowns, and to the after-holiday slowdown, according to Dmitri Koustas an economist at the University of Chicago.

Since about a third of the labor force does some work in the gig economy, Koustas said.

“If more people are relying on gig work, a lot of the risk is on the workers themselves.”

That’s because “we’ve attached a whole bunch of rights and privileges and opportunities to employment,” according to Erin Hatton, a sociologist at the University at Buffalo.

And Heidi Shierholz, a labor economist at the Economic Policy Institute, said that was problematic before, but with the pandemic, “it’s really shown us that there are gaps in our regular unemployment system that you can drive a truck through. We do have the ability to close them, like the existence of this program shows us that we can do it.”

Josh Godfrey in Houston knows this well. His works for DoorDash, and his earnings dropped from $600 to $150 a week during the pandemic.

Without the temporary gig unemployment benefits, Godfrey doesn’t know what he would have done. And now he’s making plans.

“The pandemic kind of pushed me to kind of reevaluate what I’m doing in life and make steps towards getting a more stable job that I won’t lose due to market volatility.”

So he’s going back to school.