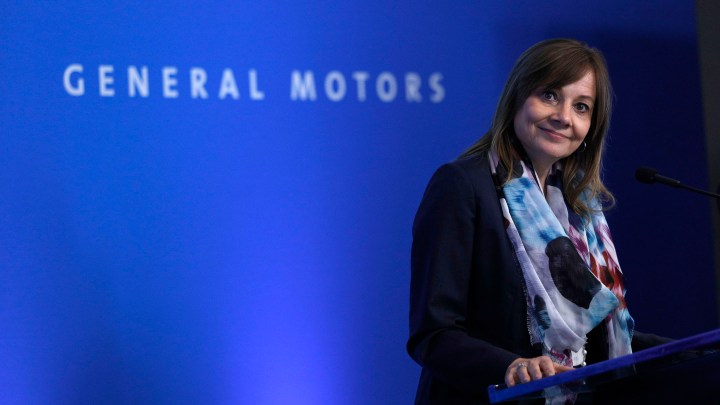 With the political winds shifting, General Motors has changed its mind and will no longer push back against California’s clean car standards.

Marketplace’s Nova Safo has been looking into this. The following is an edited transcript of his conversation with “Marketplace Morning Report” host David Brancaccio.

Nova Safo: This is a fight that pits the Trump administration against the state of California. And it’s really about how quickly car companies can electrify their fleets.

The Trump administration has set more relaxed vehicle emissions rules. The state of California has its own tougher standards, and wants to keep those, the way it’s done since the 1960s.

Now GM says it sees a path to compromise with the incoming Biden administration, and it’s pulling out of that legal battle.

David Brancaccio: How do GM’s moves fit with automakers who also have stakes in this?

Safo: Ford, Honda and Volkswagen, among others, reached a deal with California last year to meet its tougher standards.

GM was in a group with Toyota, Fiat Chrysler and others in opposing California’s rules.

What happens now? GM’s CEO Mary Barra in a letter said she’s encouraging the other automakers to also drop their opposition. This apparently caught some of those other automakers off guard. Toyota said in a statement it’s assessing the changing circumstances.