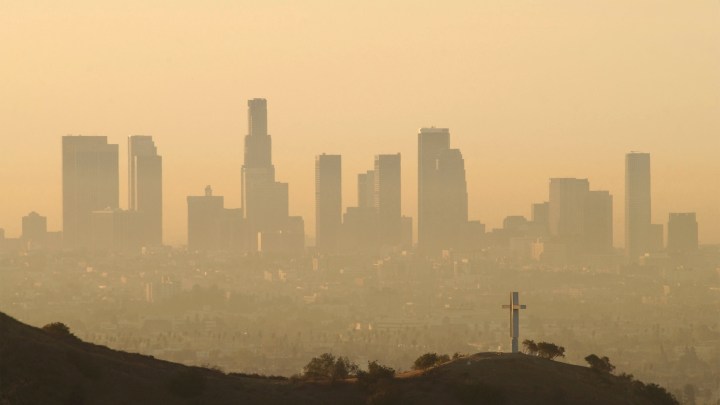 In the last few months, the White House has tried to undercut California’s ability to craft its own auto emissions rules. It’s gone after automakers wanting to make cleaner cars for the California market. And Wednesday, the Justice Department sued to end the state’s climate change program, known as an emissions cap-and-trade market.

Yep, that’s a mouthful, but cap-and-trade has become an essential tool to reduce carbon emissions around the world.

As the name suggests, cap and trade policy is a two-part thing. First, you set a cap on carbon emissions and give allowances to businesses — basically permission to pollute — that add up to the cap. Then you let companies trade these allowances. If one company doesn’t emit too much and doesn’t need its permits, it can sell what’s left over. Or vice versa.

“It creates the kind of flexibilities that businesses want, in trying to comply with environmental laws,” New York University economist Gernot Wagner said. “Ironically, anything related to climate seems like a liberal idea, but the cap and trade aspect of it has conservative, Republican origins.”

California’ system was initiated in 2012. A year later, it combined with Quebec’s market because a bigger market is better, according to Erica Morehouse at Environmental Defense Fund.

But the White House argues California, by crossing the border, is conducting foreign policy, which only the feds can do.

Even if California wins, cap and trade is no silver bullet. It’s complicated, said law professor Alice Kaswan at the University of San Francisco. In Europe, for instance, regulators gave out too many pollution allowances.

“So you weren’t reducing emissions at all,” she said.

Still, for all its complexity, cap and trade is something more and more places are turning to. Including South Korea, Australia, and a group of nine U.S. states in the North East.