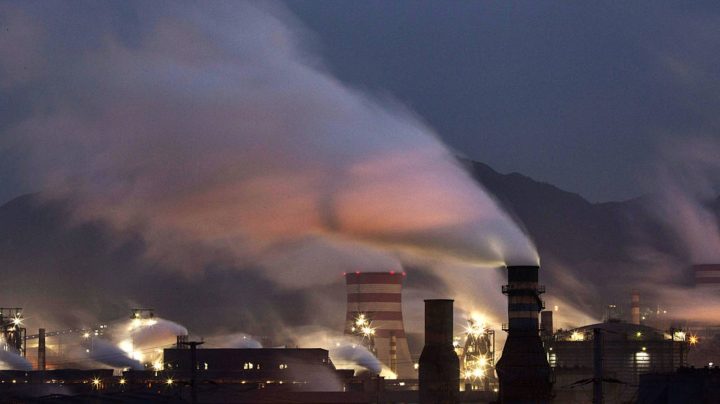 A lot of the discussion at the U.N. Climate conference in Glasgow is about how to curb carbon emissions to prevent the earth from warming. Carbon markets are one way of doing that – that’s known as a cap and trade system.

So, how does it work?

Cap and trade starts with the “cap” part.

“So, a cap and trade program says, ‘This is the amount of emissions we’re going to tolerate,'” said Shi-Ling Hsu, an environmental economist at Florida State University. Then, the government issues permits for that amount of emissions.

“There are going to be buyers and sellers for those permits. But that price is going to fluctuate,” he said.

In other words, the government cedes control and says, “You, in the market set the price.”

Hsu admits that’s a little more complicated than, say, a carbon tax, which sets a fixed price on all pollution.

“You know, the biggest concern I have with cap and trade is that it requires permits and monitoring and administrative agencies doing things and that sounds a lot harder to do,” he said.

Despite those concerns, there are now more than 50 cap and trade programs around the world. The European Union adopted its carbon market back in 2005. China did this in 2017. Here in the United States, California set up its own cap and trade system.

California’s system has reduced carbon emissions, and cap and trade remains an attractive option for lawmakers trying to cut emissions. Larry Goulder, professor of environmental economics at Stanford, thinks cap and trade would be more likely to get through Washington than a carbon tax.

“First of all, it doesn’t involve the T-word, a tax. And also, there’s less uncertainty about the amount of those emissions,” he said.

Goulder said environmentalists are going to like that, as long as they think the cap that’s set on emissions is low enough to make a difference.