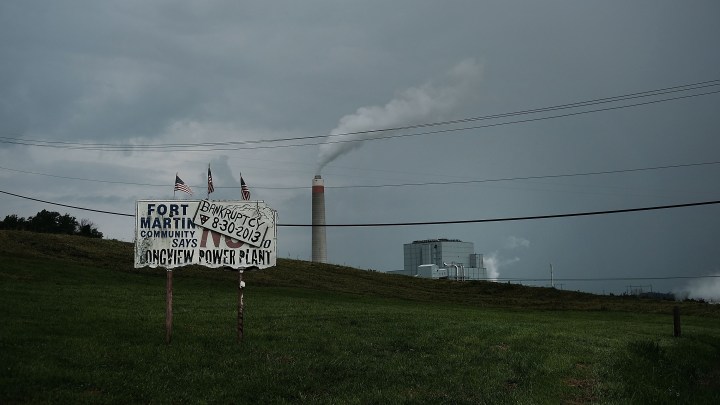 COPY
A carbon tax would provide information on how much consumers and companies are willing to pay to pollute. Above, a coal-fired plant releasing carbon emissions in Maidsville, West Virginia, in 2018. Spencer Platt via Getty Images
A Warmer World

A carbon tax would provide information on how much consumers and companies are willing to pay to pollute. Above, a coal-fired plant releasing carbon emissions in Maidsville, West Virginia, in 2018. Spencer Platt via Getty Images
Listen Now

The COP26 Climate Change Conference starts in Glasgow, Scotland, on Sunday and there are likely to be a lot of ideas about curbing carbon emissions laid out.

One of them is a carbon tax, basically a price on pollution. It’s a strategy that a lot of economists agree is the most efficient way of reducing the amount of carbon being spewed into the atmosphere, one which is already on the books in more than 20 jurisdictions around the world.

The idea of a carbon tax first got tossed around in the U.S. during the energy crisis of the 1970s. If the government puts a fee on things like gasoline, people will use less of it. One reason a lot of economists love this solution is because it’s simple to implement.

“If you want to say, from an economic standpoint, ‘How do you want to reduce greenhouse gas emissions at the lowest economic cost?’ I can’t think of anyone that wouldn’t say a carbon tax is right at the top of that list,” said Shi-Ling Hsu, an environmental economist and the D’Alemberte professor at Florida State University College of Law. Hsu is the author of a book called “The Case for a Carbon Tax.”

According to Hsu, the carbon tax implemented in British Columbia, Canada, has reduced greenhouse gas emissions without compromising economic growth.

Britain also introduced a tax on carbon emissions in 2013. Researchers from University College London found it drove down the amount of electricity generated from coal from 40% to just 3%.

“I think the short answer is lobbying,” said Tom Lyon, Dow professor of sustainable science, technology and commerce at the University of Michigan.

The fossil fuel industry outspends the renewable energy sector on political contributions by 13 to 1, according to scholars at Yale University.

A lot of companies outside the energy sector make statements about cutting carbon emissions, but Lyon thinks they aren’t putting their political money where their mouths are.

“They’ll say good things, but they don’t allocate large amounts of lobbying dollars and effort to the cause,” he said.

A carbon tax is also up against the fact that nobody really likes the idea of more taxes — no matter what the goal is.

Oren Cass, executive director of American Compass, a conservative think tank in Washington, argues the important question is: Who ends up paying?

That’s true. But there’s a way to fix that.

“A lot of the proposals for a carbon tax are for a revenue-neutral carbon tax,” said Lawrence H. Goulder, the Shuzo Nishihara professor in environmental and resource economics at Stanford University. “Which means that whatever gross revenues are brought in are returned to the private sector in the form of a fixed check back to every American household in equal amounts.”

A check for, say, $200 isn’t going to do anything for a corporate CEO, but it would mean a lot to low-income families struggling to pay their utility bills.

But any policy change is going to be a tough sell in Washington, said Roberton Williams, an economist at the University of Maryland. That’s because so many lawmakers’ constituents would be affected.

“The fundamental political problem here is that deep cuts in emissions require substantial changes to our energy system,” he said. “And that’s going to create winners and losers, and the losers are going to fight it.”

There are other ways to reduce carbon emissions. California, for example, has set higher fuel efficiency standards for cars, and it sends checks to drivers who buy electric vehicles.

What those policies don’t do and what a carbon tax would is provide information on how much consumers and companies are willing to pay to pollute.

That data could help lawmakers and regulators craft policies that don’t fall hardest on those who can least afford it.