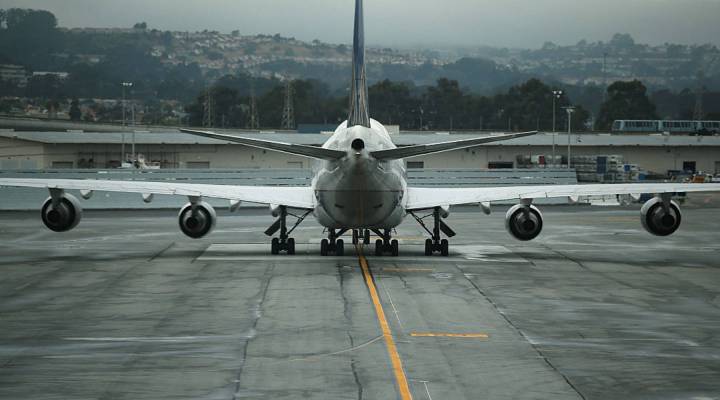 Airlines around the world would be required to stop adding to their carbon footprints, under a U.N.-sponsored proposal being negotiated in Montreal. The aviation sector was not covered under the international climate agreement agreed to in Paris last year.

Here’s how the proposal would work: if emissions at, say, Delta or United go up, the carriers would have to react. One option: innovate and, burn less petroleum, and reduce carbon pollution emissions.

“They could reduce them potentially by flying more fuel efficient aircraft,” Annie Petsonk, international counsel at the Environmental Defense Fund, said. “Some companies are looking at biofuels. They’re looking at having better air traffic control, so that planes don’t have to spend so much time hanging around in the sky waiting for a place to land.”

Or, airlines could offset emissions. That is, they could buy credits to invest in carbon reduction technologies. Those include wind and solar farms, and planting forests, which absorb CO2.

“They would pay to take credit for emission reductions made in other sectors, rather than take additional action themselves,” Daniel Rutherford, program director for the International Council on Clean Transportation, a research group. “This is viewed as the cheapest way out.”

The counter-argument is that this carbon market lets companies shop around for the cheapest eco-solution, which saves money for everyone, said Anthony Mansell, international fellow at the nonprofit Center for Climate and Energy Solutions. The group promotes market-based environmental solutions.

If this deal goes through, the aviation trading scheme will join a growing list of cap-and-trade markets around the world.

“The size of this market will ultimately depend on what the final agreement looks like,” Mansell said. “But it’s going to be highly significant to have an entire sector of the global economy using a market-based approach.”

Negotiators hope to land a deal by October 7.