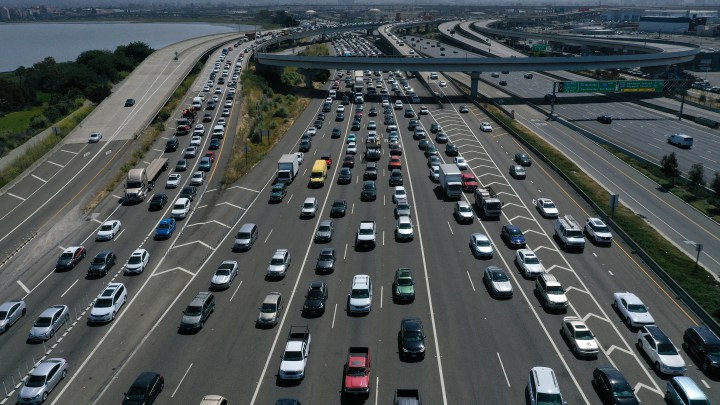 As soon as this week, the Biden administration is likely to drop a lawsuit against California over its authority to regulate auto emissions. That’s according to a report in The Wall Street Journal. The Trump-era legal battle highlighted California’s role in setting nationwide standards for automakers — standards that are stricter than the federal government’s.

California’s emissions standards are influential throughout the country. For one, 13 other states have adopted the standards, including New York, Pennsylvania and New Jersey.

“Take all of them into account, you’re up to close to half of the entire vehicle market,” said analyst Karl Brauer at iSeeCars.com. Brauer said automakers comply with California’s stricter standards for the entire American market. That’s because manufacturers want a consistent production process, which can help control costs.

“It’s very expensive for automakers to have to deal with multiple ways to produce a car for different emissions settings,” Brauer said. Car companies have to design and engineer models years in advance.

Brett Smith at the Center for Automotive Research said that means companies have to plan for scenarios with even tighter standards, “and probably, at the end of the day, think about the most stringent and severe of those.”

Smith said automakers are also preparing for tighter fuel economy standards in the next few years.