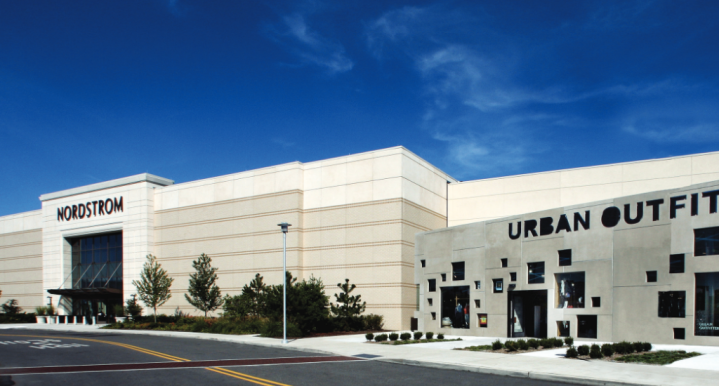 Congress has adjourned until after the election, which means a stimulus package is not coming until then, if it comes this year at all. And that could have consequences, because dominoes are falling every day as the pandemic continues.

It’s happening throughout this economy, and one example is in retail. As the virus spikes, fewer people go out shopping, stores and restaurants can’t pay their rent, landlords can’t pay their mortgages, and then they default. Case in point: The mall owner Pennsylvania Real Estate Investment Trust disclosed to the Securities and Exchange Commission on Monday that it recently got a loan default notice from Wells Fargo, one of its banks. The company said that it’s working out a deal with its lenders. But it has also said it might have to file for Chapter 11 protection under the U.S. Bankruptcy Code, a position other mall operators also find themselves in.

When it gets to the point where a mall owner can’t make its loan payments or has to contemplate bankruptcy, the dominoes just keep falling.

“Really, everybody loses out,” said David Auerbach, an institutional trader with World Equity Group. The banks that lent it money. The company’s investors. And the other businesses and people it owes money to.

For a mall owner, that would be utilities like “water, gas, electricity. Internal employees, you know, like for Penn REIT, it’d be, like, the maintenance guys at the various mall properties,” Auerbach said.

They could all take a hit in a bankruptcy filing. And that’s not even the only chain of dominoes that’s been set off here. Malls are one of the biggest sources of tax revenue for a lot of towns. So when sales dry up, that is a problem.

“Potentially the community is impacted, because now a mall isn’t generating nearly as much sales tax revenue as it used to produce,” said Dan Sheridan at the Hoffman Strategy Group. When a town gets less tax revenue, it might not be able to hire as many people or clean the streets as often.

But a stimulus package could help, said Joe Minarik at the Conference Board.

“We expect that some form of stimulus support can keep some of these dominoes from falling,” Minarik said.

For instance, if the federal government allocates more funds for small business loans, that could prop up stores and restaurants and help them pay rent until the pandemic is over.

A stimulus plan would also give consumers more money to spend. But that might not help malls. A lot of people are staying home because they don’t feel safe.

“If you give them cash, that is not necessarily going to send them out to the mall again,” Minarik said. It’s another reminder that the virus is in control of the economy.