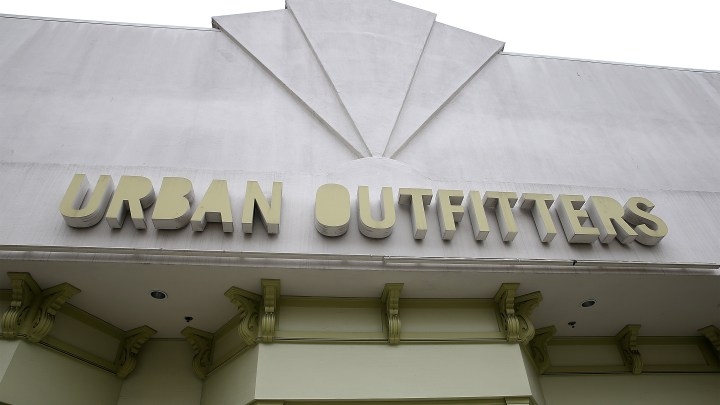 COPY
Urban Outfitters announced last week that it would stop paying rent at its stores during the COVID-19 pandemic. Justin Sullivan/Getty Images
COVID-19

Urban Outfitters announced last week that it would stop paying rent at its stores during the COVID-19 pandemic. Justin Sullivan/Getty Images
Listen Now

Retail is taking a huge hit during this outbreak of coronavirus.

Companies are, at least temporarily, laying off large percentages of their staff. And last week, Urban Outfitters announced that it was simply going to stop paying rent at its stores for now. Mattress Firm has done the same. Adidas tried, but walked it back after a public outcry. And each of these decisions has a ripple effect.

You can think about this like dominoes. Stores are closed. Sales have evaporated. So a lot of retailers can’t pay their rent. Guess what happens next?

“The landlord, of course, he doesn’t collect rent. How is he gonna pay the mortgages? And the landlord can say to the lender, ‘I need basically a moratorium on my payments to you,’” said Kenneth Rosen, chairman of the Fisher Center for Real Estate and Urban Economics at U.C. Berkeley.

The banks take a financial hit. And so do investors, like pension funds, that put money into mortgage-backed securities.

“When we have recessions, what starts out as one thing becomes much more pervasive, as the housing crisis in 2008 and 2009 showed you,” he said.

But this scenario is not a foregone conclusion.

Dan Sheridan, partner at the Hoffman Strategy Group, said some landlords are going to default quickly, but some won’t.

“Some landlords have a better ability to absorb some period of time where tenants would not be paying full rent,” he said.

“It could be rent forbearance if the retailer wants to stay open in that particular location. It can be allowing a tenant to terminate in certain locations and stay open in others,” he said.

And in the cases where none of that works out and the banks are left with the losses, here’s one one piece of good news: Thanks to the post-financial crisis law, Dodd-Frank, they have more of a financial cushion now than they did in 2008.

“All of the regulation created coming out of the global financial crisis was to have healthy banks and to be able to deal with crises as they come up,” Carlock said.

How hard the dominoes fall also depends how long this virus outbreak lasts.