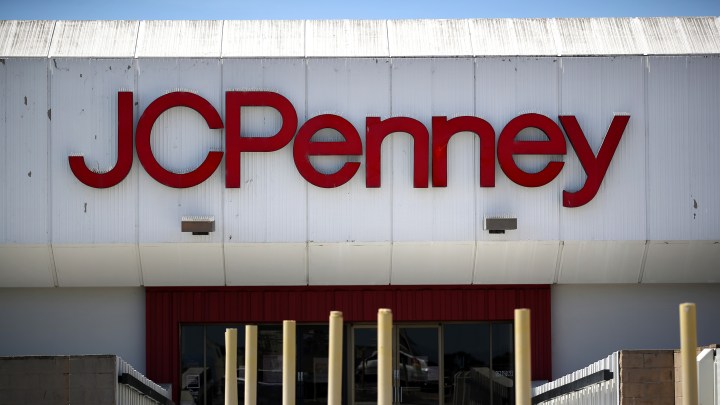 COPY
A closed J.C. Penney store at a mall in San Bruno, California. The retailer is an anchor store in a lot of malls. Justin Sullivan/Getty Images

A closed J.C. Penney store at a mall in San Bruno, California. The retailer is an anchor store in a lot of malls. Justin Sullivan/Getty Images
Listen Now

For more than decade J.C. Penney has been struggling. It has had multiple CEOs and has repeatedly tried to reinvent itself. It filed for Chapter 11 bankruptcy in May and even got kicked off the New York Stock Exchange because its stock price went too low for too long.

Maybe they believe they can finally turn the company around.

They have other reasons too.

“They don’t want a bunch of empty stores in their malls,” said Lauren Beitelspacher, who teaches marketing at Babson College. “If J.C. Penney were to completely liquidate, they would close over 600 stores and it would be really hard for the property managers of those malls to fill all of those spaces.”

J.C. Penney stores would be especially hard to fill because they are enormous, multilevel spaces. And well what are the alternatives? Sears is out. Macy’s is closing stores.

“Kohl’s has never been interested in being an anchor,” said David Marcotte, a consultant at Kantar. “And you can go through the list.”

And Simon and Brookfield really can’t let these stores go empty, because they are anchor stores. They bring foot traffic to smaller retailers: the Bath & Body Works and phone repair kiosks.

“If I close an anchor store, I’m almost sure to lose another five to 10 stores at that end of the mall,” Marcotte said.

Malls would also collect less rent money from the stores that are left. In mall lease agreements, there are often terms that stipulate: If an anchor store leaves, the small stores get to pay less in rent.