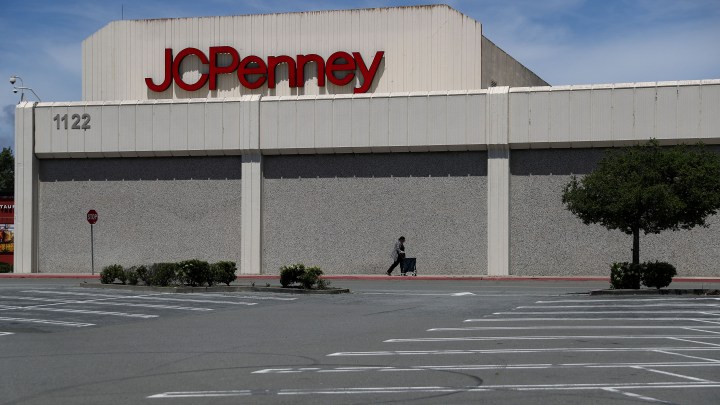 J.C. Penney announced Monday that it’s set to close 13 more stores for good. The company filed for bankruptcy in May and is in the process of liquidating merchandise in more than 130 stores right now.

Those rock-bottom prices have other retailers, which are often next door to J.C. Penney stores in malls, scrambling to figure out how to compete.

“Frankly, milk is a lot like merchandise,” said Bob Phibbs, who runs the consultancy The Retail Doctor. “It spoils and smells bad the longer you hold on to it. And that’s the story of retail.”

He said that can be even tougher if there’s a liquidation sale happening next door.

“Liquidation is often good for those that are liquidating but it’s not so good for the other retailers around it,” said Neil Saunders, managing director of retail at Global Data.

In this case, other retailers like the mall anchors Macy’s and Nordstrom.

“What Penneys is doing is robbing demand from the future with a liquidation sale,” Phibbs said.

He said that’s on top of already-suppressed demand because of COVID-19. Along with J.C. Penney, J. Crew and Neiman Marcus also filed for bankruptcy amid the pandemic.

Phibbs said as more consumers change their habits and order things online, traditional retailers will continue to find it harder to compete.