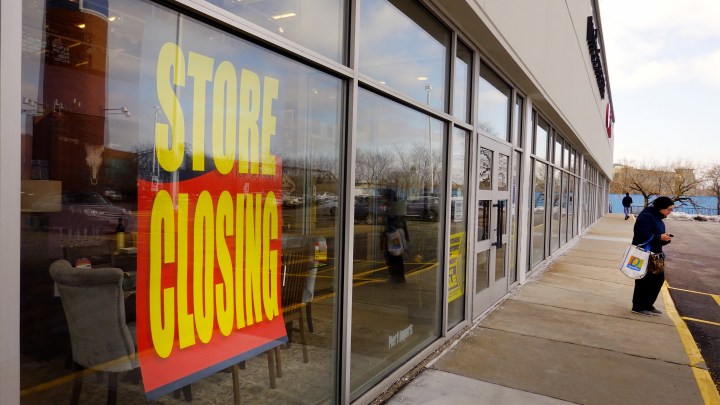 J.C. Penney, Hertz, Gold’s Gym, oil driller Chisholm — all declared bankruptcy during the pandemic. 24 Hour Fitness filed for bankruptcy earlier this week. The fact of the matter is you can’t go far without practically tripping over a bankruptcy these days, and many economists say it’s going to get worse.

Despite the government support and loans, it might just be too late for a lot of companies.

Twenty twenty was expected to be a bad year for bankruptcies before coronavirus. They were up 14% in the first quarter and are now up 20% from this time last year. Jared Ellias is professor of law at the University of California, Hastings College, who focuses on corporate bankruptcy law.

“We are projecting a historic wave of bankruptcies over the next 18 months or so,” Ellias said.

How big of a wave is not totally clear — the pandemic has really messed with economic predictions. S. Abraham Ravid is professor of finance at the Sy Syms School of Business.

For some sectors, it may well be horrible — retail, travel, oil. For companies that were in trouble before the pandemic, it may be too late. For others, it depends.

“The question is going to be whether the government can continue to prop up businesses and people at a level that’s meaningful long enough for the economy to get back on its feet,” said Michael Sweet, a bankruptcy attorney at Fox Rothschild.

The initial government relief packages were based on the assumption that businesses just needed a short bridge while things shut down for a month or two, said Carl Tannenbaum, chief economist at Northern Trust.

In other words, he said we should not underestimate the economic impact of the pandemic.