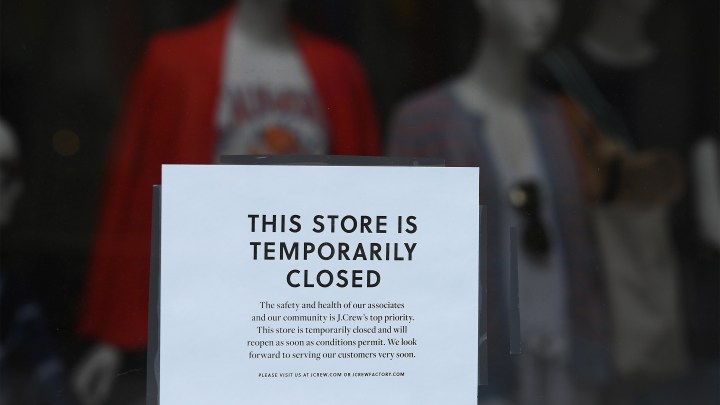 While the federal government hammers out the next round of economic relief, families and businesses are trying to sort out what it will take to get through this crisis.

Some businesses are already turning to bankruptcy to give them time and flexibility to reorganize and reset. Many individuals are probably going to end up doing the same thing.

“We certainly expect that filings will increase depending how long the country is going to be on lockdown, and how long the COVID-19 pandemic lasts,” said Amy Quackenboss, executive director of the American Bankruptcy Institute.

In April, Chapter 11 bankruptcies, which allow businesses to reorganize so they can try to survive, were up 26 percent from last year. That’s just the beginning, said Sara Sternberg Greene, professor at Duke Law.

“We will see some who just decide they can’t survive, and they’ll file Chapter 7, which is liquidation,” she said.

For now, Chapter 13 consumer bankruptcies are down. People are spending their savings and relief checks, said Ed Boltz, a bankruptcy attorney in North Carolina. In normal times, he said, three main things cause bankruptcies: job loss, illness and divorce. And with the pandemic, “we’ve got two out of the three already hitting. And who knows what staying at home is going to do to relationships and marriages also?” he said.

But while a bankruptcy can wreck your credit and be a stressful experience, it can also provide an important backstop for the economy, said Matt Notowidigdo, economics professor at Northwestern University.

“One of the things the bankruptcy system does is it allows people to get a fresh start, and then try to resume somewhat back to their old path of spending, and that can help the economy overall,” he said.

Correction (May 14, 2020): An earlier audio version of this story misidentified Notowidigdo’s university. The audio has been corrected.