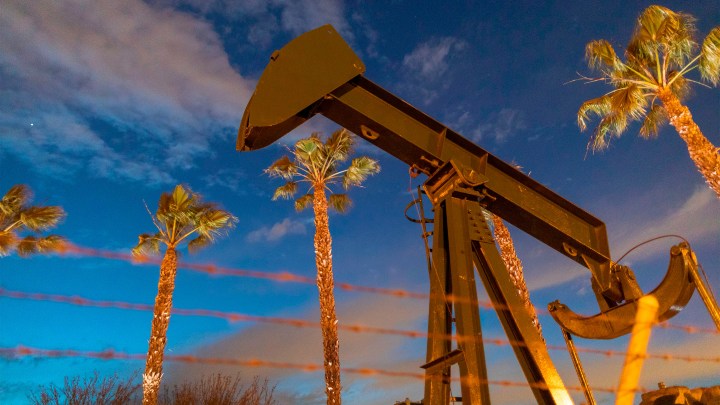 One of the highest-flying companies in the country’s fracking boom of the past decade is now bankrupt.

Natural gas pioneer Chesapeake Energy, founded by a high-risk wildcatter that some described as an energy prophet, was worth $37 billion at its peak. Now, battling low prices and a mountain of debt, Chesapeake is being delisted from the New York Stock Exchange and seeking to reorganize under Chapter 11 of the U.S. Bankruptcy Code.

This failure will not be the last in the oil and gas sector during this recession, energy analysts predict, driving fears that bankrupt drilling companies could abandon their wells and leave taxpayers holding the bag. Already, oil and gas companies have abandoned about 3 million wells in the country, the Environmental Protection Agency estimates.

“I’ve definitely seen hydrocarbons coming out, from bubbling to films of oil,” said Mary Kang, abandoned well scholar and associate professor of civil engineering at McGill University in Montreal. To stop an old well from leaking petroleum into water sources and polluting the air, it’s important to cement key underground sections, or zones.

By her estimate, it can cost up to a million dollars to plug a well. States mandate that companies set aside financial reserves for environmental cleanup, but most require far less money than that. So taxpayers end up on the hook for so-called orphan wells, and the number of them could grow as the recession proceeds.

“Everyone I’ve talked to who is knowledgeable about the situation expects the list to grow substantially in the coming months and years,” said Daniel Raimi, an energy regulation scholar at the research group Resources for the Future. “And everyone expects that existing state funds will not be sufficient.”

One proposal going around right now: to dispense federal money to clean up abandoned wells, creating environmental cleanup jobs in the process.

“The idea of helping displaced oil and gas workers get back to work and provide environmental benefit to the state, in my mind, is a great use of money,” said Kenneth Wagner, Oklahoma secretary of energy and environment.

Sealing every abandoned well in the country could cost up to $435 billion, according to a federal Government Accountability Office estimate.