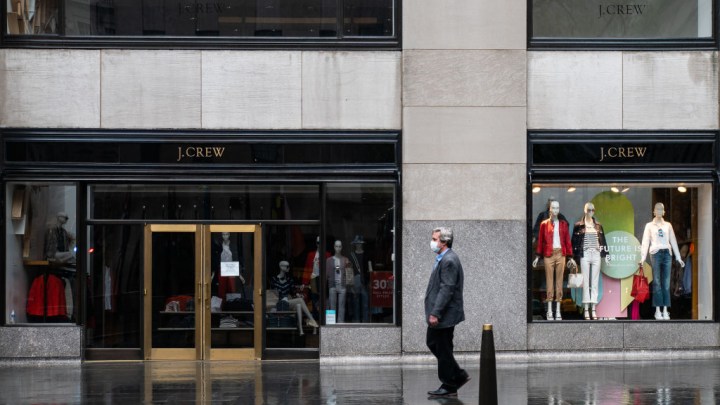 J. Crew has entered bankruptcy protection, the first major retail chain to do so during this COVID-19 era. The company is restructuring its debt — it has almost $1.7 billion worth.

J. Crew announced Monday morning that it’s reached a deal to turn over the keys to its lenders. They’ll take control of the company.

The company says its online operation will continue as usual, and that it still plans to reopen the stores of both J. Crew sand Madewell, which is a brand the company also owns, as pandemic shutdowns ease.

It’s difficult to predict where other brands might be headed, even as COVID-19 restrictions ease further. Look at Sears: It went into bankruptcy and came out the other side. It’s smaller and has fewer stores, but it’s still around.

Sales are, however, down across retail. They took a historic downturn — dropping almost 9% — in March, and that’s when stores were still open at least some part of the month.

Analysts expect other retail bankruptcies coming from brands that were already struggling pre-pandemic. J. Crew is one of them — sales were down 4% last year.

Other brands analysts are watching include J.C. Penney, the luxury retailer Neiman Marcus and GNC, the nutrition supplements store.