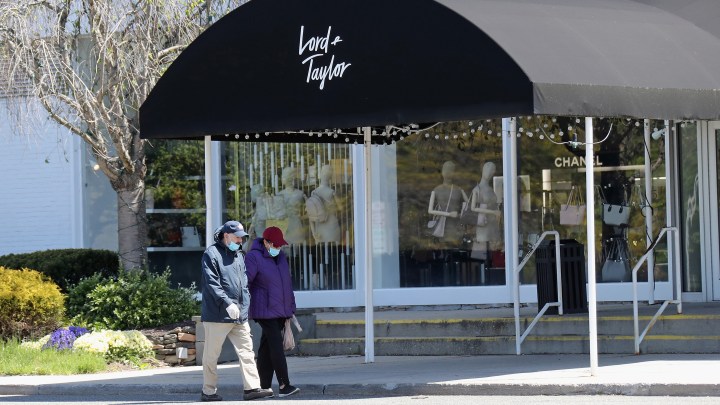 Lord & Taylor will be liquidating all 38 of its stores and going out of business.

The company, which was bought last year by the clothing rental service Le Tote, recently filed for Chapter 11 bankruptcy protection and hasn’t been able to find a buyer. This is probably going to happen a lot as more and more retailers file for bankruptcy.

Now, it’s one thing for Lord & Taylor to sell off its merchandise, but what is going to happen to its physical stores?

There’s this conventional wisdom that one of the most valuable assets a struggling retailer has is its stores — its literal physical locations.

But “without a buyer, they’re worthless,” said Mark A. Cohen, director of retail studies at Columbia Business School. He said it’s going to be hard to find a buyer or even a new tenant for Lord & Taylor’s stores (the stores are owned by mall operator Simon Property Group and Hudson’s Bay Co.).

These spaces are designed to be department stores. They’re generally located in malls, and they’re huge with multiple floors. And brick-and-mortar retail is flailing.

“There is no department store on the face of the earth that I’m aware of that is in anything other than consolidation mode, if not in out-and-out failure mode,” Cohen said.

As more people shift to shopping online, Cohen said, it’s possible department stores could be converted to fulfillment centers for Amazon, which is trying to get closer to customers to make same-day shipping easier. But zoning rules might get in the way.

Dan Sheridan, partner at the real estate consulting firm Hoffman Strategy Group, said there are other possibilities, too.

“Everything from telemedicine uses to general office to multifamily,” Sheridan said, referring to apartments. There is some of that repurposing going on.

It’s worth noting that Hudson’s Bay, one of the owners of Lord & Taylor’s physical stores, owns Saks Fifth Avenue and has a partial stake in Le Tote, parent company to Lord & Taylor. Which is just to say, the retail industry is starting to look like a set of dominoes.