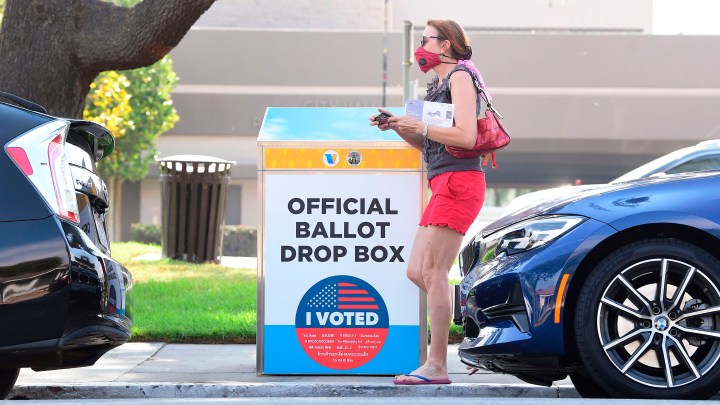 COPY
According to the Standford-MIT Healthy Elections Project, there are more than 300 of these cases in 44 states. Frederic J. Brown/AFP via Getty Images
Elections 2020

According to the Standford-MIT Healthy Elections Project, there are more than 300 of these cases in 44 states. Frederic J. Brown/AFP via Getty Images
Listen Now

Hundreds of millions of dollars are flowing into and out of this year’s presidential, congressional, state and local elections. The Center for Responsive Politics estimates almost $11 billion will go into this election cycle.

Most of that money is going toward your typical campaign line items like ads and get-out-the-vote efforts. But this year, an increasing share is going to lawyers as political parties, candidates and outside groups all focused on the preelection legal fights all over the country over voter access, absentee and mail-in ballot rules and other changes to voting procedures related to the pandemic.

According to the Standford-MIT Healthy Elections Project, there are more than 300 of these cases in 44 states.

“There are enormous stakes about the future of the country,” said Carl Tobias, who teaches constitutional law at the University of Richmond, “and especially in the next four years, [with questions of] who would be president, who would be in the Senate and have the Senate majority. And so both parties are pouring enormous resources into these elections, and especially in the states that are the battlegrounds.”

“We’re involved in 40 different litigations as we speak,” said Liz Harrington, spokesperson for the RNC. “So this includes that ballots aren’t received and counted days and weeks after election day, making sure that ballot harvesting bans remain in place.”

The GOP is winning some cases, but the Democrats are fighting and winning as well.

“We are in more than two dozen lawsuits in House battleground states across the country,” said Lucinda Guinn, executive director of the Democratic Congressional Campaign Committee, “with a real highlight on Texas. We’re in as many as five lawsuits in Texas alone.”

In partnership with the national party and Senate fundraisers, Democrats are spending $10 million just on litigation, which Guinn said is unprecedented in a single election cycle.

But even though the level of litigation, and the money going toward it, is indeed unprecedented, it is part of a longer trend, according to Adav Noti, chief of staff at the Campaign Legal Center, a nonpartisan group focused on expanding voter access.

“It’s a continuation of this 20-year trend since 2000 where each cycle sees significantly more litigation than the one before,” Noti said.

That trend kicked off, he said, with the legal challenges of Bush versus Gore and its infamous “hanging chads” litigation that went all the way to the Supreme Court, and determined the outcome of a presidential election.