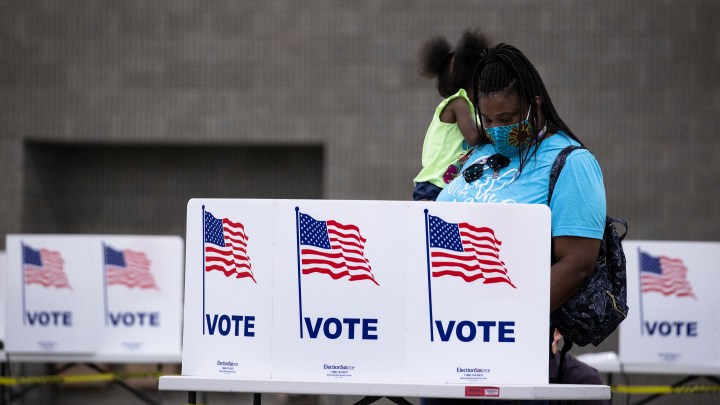 Voting is already underway for the November election, with some states already getting back early mail-in ballots. Voter turnout always matters in an election, but in this close race, campaigns are working harder than ever to get new voters to the polls.

Progressive groups, in particular, have dozens of new initiatives to reach out to groups that traditionally vote more Democratic like Black and Latino voters. The Biden campaign has faced a wave of recent criticism for not doing enough outreach to Latino voters, especially in swing states like Florida.

“Forty-nine percent of registered Latinos never received a contact from a candidate or political party,” said Maria Teresa Kumar, president of Voto Latino, a nonprofit group that works to boost voter turnout for progressive candidates. Kumar says that process can be expensive.

“In order for us to register a voter, it costs us $12.75. To get them out to the polls, it’s an additional $3,” she said, adding that during the pandemic, the cost of that last step — getting registered voters to actually cast a ballot — has gone up.

“We have to spend more money now on education — that’s going to be more than $3. That’s probably going to be closer to $5 a person,” said Kumar. Even with the increased costs, she said, her group has been able to expand outreach. In the 2016 election, Kumar said Voto Latino raised $8 million, and so far in this campaign, it’s more than doubled that amount.

Democrats are also spending more to reach voters outside cities, according to Isaac Wright, a Democratic consultant at the Rural Voter Institute.

“This is an unprecedented expenditure — tens of millions of dollars going into it, both in terms of research and in terms of independent expenditure programs we’re seeing aimed at reaching rural communities,” he said. “But it’s not enough because that level of spending is going to have to be maintained if this is going to be long-term.”

Republicans say they’ve been making those long-term investments for years, including hundreds of millions invested in voter databases and digital strategy, which, according to Republican National Convention spokesperson Liz Harrington, paid off during the pandemic lockdowns.

“We had a huge operation that was still engaging, making phone calls and doing that virtually,” she said. “But now that most states are open … we’re knocking on doors we’re doing over a million door knocks a week.”

Harrington said the national party is leaving it to local parties and candidates to educate voters about mail-in, absentee or early voting strategies.

“We certainly recognize that the absentee process will be used more than in previous years. But we are really using a lot of our outreach to encourage people to go to the polls in person,” she said. And to promote that policy, Harrington said the RNC has doubled its legal budget so the party can challenge changes to mail-in voting rules in the last months ahead of the election.