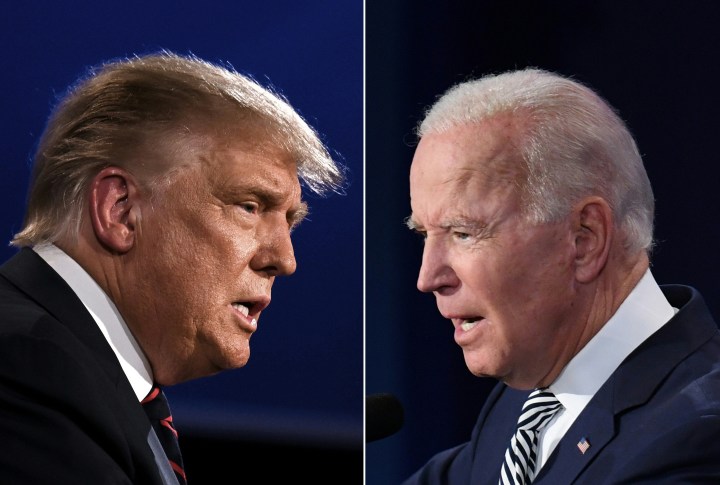 The 2020 election is gearing up to be the most expensive ever, with total spending approaching $11 billion, according to an early estimate from the Center for Responsive Politics released on Thursday.

That makes it 50% more expensive than the 2016 race when adjusting for inflation.

The CRP says it’s seen $7.2 billion in spending so far, and expects it will increase dramatically in mid-October when congressional candidates report third-quarter spending figures.

“The 2018 election smashed fundraising records for midterms, and 2020 is going to absolutely crush anything we’ve ever seen — or imagined — before” said Sheila Krumholz, executive director of the Center for Responsive Politics, in a statement. “The unanswered question is whether this will be the new normal for future elections.”

Put into perspective, $11 billion is the amount of money the U.S. announced it would deliver in new funding for COVID-19 testing back in May and almost a third of Vermont’s entire gross domestic product.

While spending will vary depending on the candidate or committee, Sarah Bryner —  the director of research and strategy at the Center for Responsive Politics — said it largely goes toward media (think TV ads and online ads), consultants and the salaries of campaign staffers.

Broken down by political party, Democrats account for 54% of total spending compared to Republicans’ 39% when you remove spending from the presidential campaigns of billionaires Michael Bloomberg and Tom Steyer.

The center’s estimate includes spending from both congressional and presidential candidates, 527 tax-exempt groups that raise money for political activities, and party committees, among other measures.

An increasingly significant portion of donations this cycle are from small donors (individuals giving $200 or less) who account for 22% of all committees’ fundraising — a 14% increase from the 2016 election cycle.

“Despite being interrupted by the coronavirus pandemic, the 2020 election is seeing record levels of small-dollar giving amid extraordinary enthusiasm from supporters and opponents of President Donald Trump,” the CRP stated.

The rise in donations from women is also increasing, with women contributing nearly $1.7 billion this cycle compared to $1.3 billion in 2016, and accounting for 43% of the political donor pool.

Spending on the presidential race, specifically, is projected to hit $5.2 billion. In August, Biden ended up outraising Trump and had more than $180 million in cash on hand at the end of the month compared to Trump’s $121 million.

Because of the COVID-19 crisis, the presidential candidates have changed the way they spend money. While they’re spending less on travel and events compared to the 2016 election, they’re spending more on media, like online ads.

Meanwhile, spending in Congressional races is projected to surpass $5.6 billion, a 37% increase compared to the last presidential cycle.

The death of Ruth Bader Ginsburg led to a spike in donations immediately after, with donors giving more than $150 million to the Democratic fundraising site ActBlue within a span of days. But experts told Marketplace that the fight over President Trump’s Supreme Court nominee could lead to a boost in Republican fundraising.