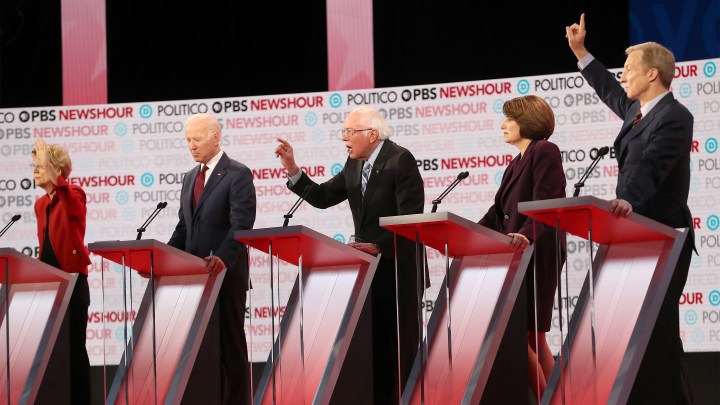 The seventh Democratic debate takes place tonight, and six presidential hopefuls will be on stage. To get there, they had to raise a lot of money from a lot of donors.

Ann Ravel, a former chair of the Federal Election Commission, said fierce competition for votes and donors “causes candidates to be more extreme, to be able to bring in certain supporters who will contribute to their campaigns.”

The Democrats are spending big just to get noticed. Daniel Weiner, senior counsel at the Brennan Center for Justice, said that at this point in her 2016 presidential campaign, Hillary Clinton was spending about 90 cents of every dollar she raised.

“But what you’re seeing this year is that several of the candidates, particularly Joe Biden, are actually spending more than they’re taking in,” Weiner said.

Weiner said all that fundraising and spending will almost certainty make this the most expensive U.S. presidential election ever.