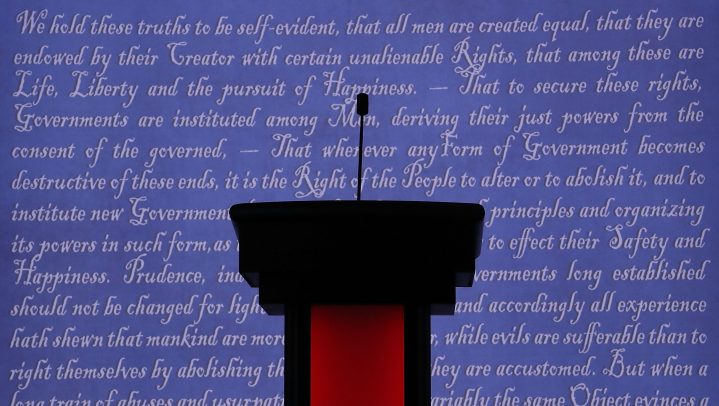 With more than 20 democratic presidential hopefuls clamoring for attention in the 2020 campaign, candidates have latched onto several new political moments to raise money and attempt to boost their profile.

In past campaigns, candidates generally waited for regular filing deadlines with the Federal Election Commission to announce their latest fundraising numbers. But the increase in online donations has made it easy for campaigns to almost instantly get a sense of how much money is coming in.

That’s turned the opening day of a campaign into something like opening day at the box office, when ticket receipts are used to predict a movie’s long-term success. But campaigns aren’t movies. And opening day isn’t a crystal ball.

Because early-stage fundraising is a relatively new data point in studying elections, it’s not clear what it reveals about fundraising.

“We don’t know whether it’s a meaningful total,” said Casey Dominguez, an associate professor of political science at the University of San Diego.

“It’s probably a really good indicator of how much [a candidate] raised in the past because it indicates that they were able to quickly tap into an existing base of supporters,” she said, pointing to candidates like Bernie Sanders, Joe Biden, and Beto O’Rourke, who had large donor lists from previous campaigns and have done particularly well in first-day fundraising. But, she said, “we don’t know yet if it’s an indicator of who will be successful in the future.”

Bragging rights aside, a candidate’s individual fundraising number matters less than it used to, said Kimberly Scott, a political consultant and publisher of the “Demlist” newsletter.

“Ever since the Citizens United decision by the Supreme Court in 2010, which essentially took the caps off of major dollar donors, a campaign is no longer about how much money you can raise,” she said.

“There will be money for whichever nominee it is that the Democrats elect. So now the emphasis is on a new metric of not so much the amount of money [as much] as the number of donors.”

That’s because when someone is willing to give a candidate money, that person is likely to show up and vote for that person in the primary.

“It’s a different metric than just polling numbers,” said Michael Franz, a professor of government at Bowdoin College and co-founder of the Wesleyan Media Project.

“It’s not just people who remember you and therefore mention you in a poll but [people who] are willing to sort of fork over some actual cash to your campaign. That can say that can say a lot.”

Donor numbers say something to the Democratic party, as well. The Democratic National Committee put new debate qualifying rules in place this year. The first official debate in late June will be limited to 20 candidates. To get a spot on stage on one of two nights, candidates must have at least 65,000 individual donors or some meaningful traction in the polls.

To get a spot in the Democratic debates, a candidate must:

With multiple candidates pulling less than 1% in the polls, many are scrambling to meet the donor threshold, using email blasts and Instagram posts to pull them over the finish line.

But Bowdoin’s Franz warns that with the field getting bigger, even those who’ve met the basic requirements for a spot on stage may not be safe.

“There might [eventually] be 30 Democrats who meet that threshold,” said Franz.  “And then they’re going to move to a second threshold in terms of how to weed the 30 down to 20. And that would mean that [a candidate] would need even stronger levels of support in order to sort of withstand that potential winnowing.”