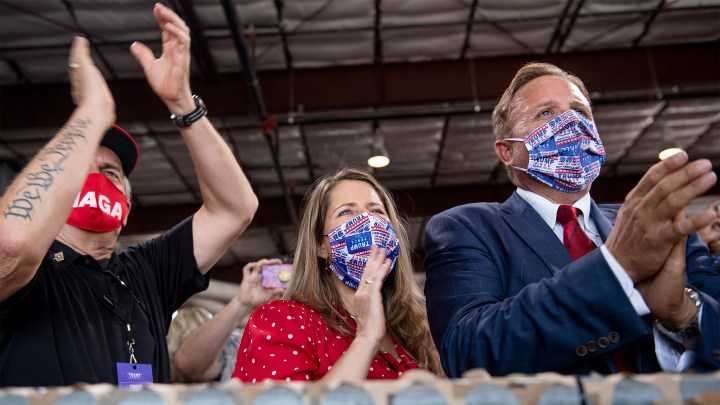 The Republican National Committee reports that it raised $55 million in the month of July. That is a new record, which kind of seems to be the case almost every time we talk about campaign fundraising during this election cycle.

Total political contributions towards the presidential race are closing in on $3 billion so far.

But a lot of people — especially among those coveted “small-dollar donors” — are out of work and struggling right now. So what does a recession mean for political fundraising?

Short answer: not much. At least not when it comes to the race for president.

“The conventional wisdom might be that during a recession, people are going to be less likely to open up their wallets and give to political candidates,” said David Primo, professor of political science at the University of Rochester.

“But what we’ve seen historically — especially if we look back to the great recession of 2008-2009 — is that individuals still were willing to open up their pocketbooks,” he said.

And that has a lot to do with just who political donors are.

“Money in national politics … comes from a very thin layer of very affluent people, who give year after year, cycle after cycle,” explained Sheila Krumholz, the executive director of the Center for Responsive Politics.

And those people tend not to be seriously affected by recessions.

Krumholz said less than one half of one percent of Americans give more than $200 to political campaigns. Estimates of people who give any amount range from 3% to 10% of Americans.

“We saw a great uptick in 2018,” Krumholz said. “And I think we’re seeing [continued] interest in this very intense elections cycle in 2020.”

And remember, the presidential election isn’t the only election coming up.

“To the extent that other campaigns rely on small donor contributions, obviously Americans are less equipped to make such donations in light of the economic fallout from the pandemic,” said Vincent Hutchings, professor of political science at the University of Michigan.

Think races for school board, city council or state legislature where candidates are much more reliant on smaller donations from people in their own communities.