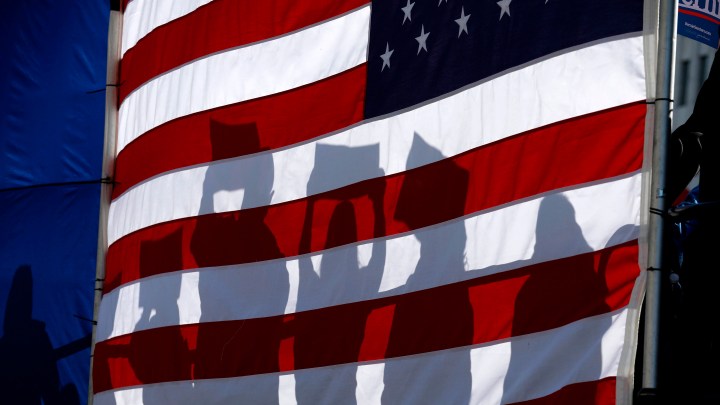 Election Day is now past. But, at least in some places, the final vote counting remains — and maybe the vote litigating.

What we do know is that the party committees and campaigns — for president, Senate and House — raised a lot of money going into the election. And they’ll likely be spending some of it on post-election battles.

In the election of 2020, records were broken.

“It’s a lot of money this year. It’s just a lot,” said Pete Quist, director of research at the nonpartisan campaign-finance tracking organization FollowTheMoney.org. “This is the most expensive election we have ever seen.”

Nearly $14 billion will be spent by the parties and campaigns this year, according to the Center for Responsive Politics. That’s more than double what was spent in 2016.

“It’s the Democrats who are the big winners in the money race,” said Linda Fowler, professor of government at Dartmouth College.

“Even though this price tag of $14 billion total for everything is so high, small individual donors are about 22% of the givers,” Fowler said.

Democrats still have a substantial war chest left over following the election. The Trump campaign is appealing to donors to keep giving with automatically recurring donations through mid-December.

For what? Well, to pay campaign bills that are still coming in, and to fund potential litigation that could drag on.

“Going into presidential elections, it is not uncommon to have a small army of election lawyers in your back pocket. 2020 is probably on the extreme end,” Torres-Spelliscy said.

Republicans and Democrats went to court in multiple states before the election over voting rules in the pandemic. And President Trump has threatened to bring post-election legal challenges, which could keep a lot of lawyers on the clock.

“You have to have a war chest that will basically take you through December. Not just to pay for lawyers, but to even pay for the political team, to keep the cause up,” Zelizer said. “They don’t want to be the campaign that’s caught unprepared for the post-Election Day challenges.”

And Zelizer said money left in a candidate’s coffers after that can be handed over to the party or used to jumpstart the candidate’s reelection campaign.