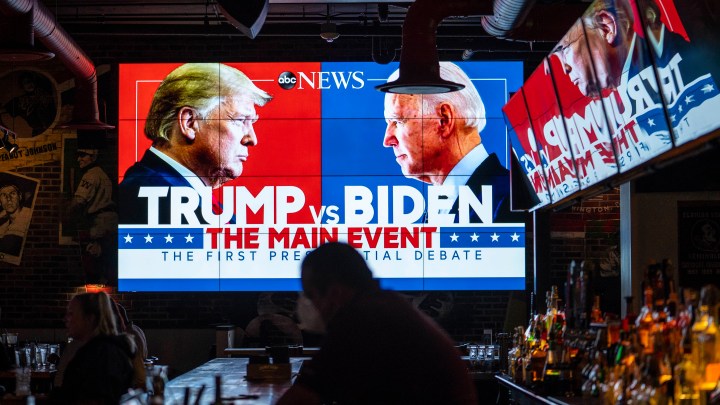 According to the latest filings with the Federal Election Commission, President Donald Trump’s presidential campaign committee had $63 million available for last-minute expenses, so-called “cash on hand,” compared to $177 million for former Vice President Joe Biden’s presidential campaign. That cash and fundraising imbalance is showing up in many House and Senate races, as well, sending political operatives scrambling for places to spend it.

According to the Wesleyan Media Project, campaigns, parties, and outside groups have aired almost five million ads for federal races (House, Senate, and Presidential) so far this cycle.

“Campaigns don’t care about efficiency, they care about winning,” said Erika Franklin-Fowler, co-director of the project and a professor of government at Wesleyan. “One of the reasons why you continue to see a ratcheting up of advertising is that there’s always a fear that if your [political] opponent is out-airing you, that you’re giving them an advantage.”

Fowler said that even though there’s not much time left before Nov. 3, there’s still plenty of time for even more advertising.

“But as you get closer to Election Day, especially in the most contested media markets, there won’t be space,” said Fowler. “The excess funds will need to go somewhere, and campaigns will have to be creative about how to do that.”

Campaigns have already had to be creative in coming up with new ways to reach voters during the pandemic, and political strategists like Tim Lim have plenty of ideas.

“So advertising to people’s Rokus and PlayStation … people who are streaming YouTube TV,” said Lim, who runs Lim Consulting Services and is working with several democratic state and federal campaigns. “You’re going to see some crazy wacky stuff. You’re going to see planes with banners; you’re going to see roving trucks with ads.”

Because with close to $11 billion being spent on this election, Lim says campaigns have some unexpected options, like fully funding even their most ambitious advertising and get out the vote efforts. Which is one of the reasons why more Democratic ads are airing in traditionally red states like Texas and Nebraska.

“Sometimes you’ll see a campaign spend money in a state where they don’t really have a shot, but they have to spend it somewhere, said Lori Cox Han, a political science professor at Chapman University. “That’s sometimes what we see in these final two, three weeks of a campaign.”

Han recalled another race where the Democratic presidential candidate had money burning a hole in his pocket. Back in 2008, the Obama campaign bought a 30-minute ad that ran on multiple television networks, after significantly outraising GOP nominee John McCain.