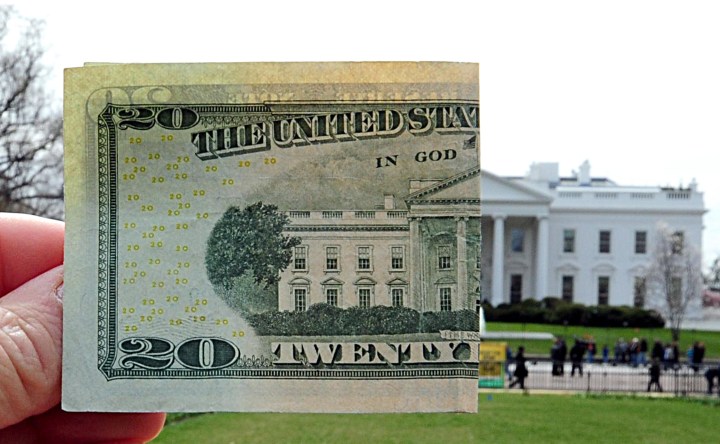 The Presidential Election Campaign box on your federal tax form allows you to direct a few bucks to publicly funded races. Most people don't, and candidates have been turning down the offer. Karen Bleier/AFP via Getty Images
I've Always Wondered ...

The Presidential Election Campaign box on your federal tax form allows you to direct a few bucks to publicly funded races. Most people don't, and candidates have been turning down the offer. Karen Bleier/AFP via Getty Images

Every year when I do my taxes there is a box to check if I want to contribute to public funding for elections. It specifies that this “will not increase your tax or reduce your refund.” So, what happens when I check this box? Where is this money coming from? Is this really a contribution if it isn’t increasing my tax or reducing my refund?

When you do your federal taxes, the form asks you to check a box if you want to contribute $3 as a single filer, or $6 if you’re filing jointly, to the Presidential Election Campaign Fund.

Each time Tracy Shaw files, there it is — that question staring back at her. But she’s never felt compelled to say yes.

Robin Kolodny, a political science professor at Temple University, explained that this money comes out of the income tax you pay to the Internal Revenue Service.

Eligible presidential candidates can use the money directed to this fund to pay for their political campaigns in the primary and general elections.

But let’s say you don’t check it off. Kolodny pointed out that the $3 will become part of the government’s general income, which will fund programs and purchases you may or may not be in favor of, like military spending. The difference is, you can’t opt out of that.

Who can use these funds?

Kolodny said this checkoff is the only source of public funding for elections at the federal level. It first appeared on tax forms in the early 1970s, initially allowing taxpayers to designate $1 for the purpose, or $2 on joint returns, according to the Congressional Research Service.

She said the fund was launched and amended in response to events like the Watergate scandal and the influx of million-dollar-plus donations to politicians like Presidents Lyndon Johnson and Richard Nixon.

Kenneth R. Mayer, a political science professor at the University of Wisconsin, Madison, said the program aimed to “allow candidates to be less reliant on private contributions from individuals, political action committees and parties.”

Between 1976 and 2012, funds from the program also went to presidential nominating conventions for Democrats and Republicans (along with partial funding going to qualified minor parties), according to the FEC. But in 2014, then-President Barack Obama signed legislation to stop the conventions from receiving these funds.

There are several requirements that presidential candidates have to meet to receive funds during the primaries. They have to raise at least $5,000 in at least 20 states (a threshold of $100,000). On top of that, the $5,000 from each state has to come from 20 contributors. The FEC uses this as a litmus test to demonstrate whether a candidate can draw broad public support.

If they qualify, the FEC will match the funds candidates receive from donors — but they have a spending limit. In 2020, the limit for the primaries was about $52 million.

If major-party candidates want public funds for the general election, they can’t accept private contributions for their campaigns, nor can they spend more than the grant they receive. In 2020, the FEC would have provided $104 million to those who accepted.

In the primary and the general, the FEC also allows candidates to spend a relatively meager $50,000 of their personal funds in each race.

A major party candidate hasn’t accepted public funds for the general election in more than a decade. During the 2008 race, the Republican nominee, then-Sen. John McCain, opted in to the system, receiving a grant of $84 million.

But his opponent, Obama, chose not to. According to OpenSecrets, Obama managed to raise $745 million by the end of the election cycle.

The box is a relic of an era when candidates took advantage of public funding. Mayer said that prior to the presidency of George W. Bush, it was actually the norm for most major candidates to take these funds for both their primary and general election campaigns.

Kolodny said the fund helped candidates like former President Jimmy Carter, who was relatively unknown when he ran against the incumbent, President Gerald Ford, in 1976.

During the 2000 cycle, Bush became the first candidate to turn down public funds for the primaries and caucuses.

Since then, the numbers have grown much bigger. Mayer said the amount candidates need to spend now, and the amount they can raise, vastly exceed the spending limits they’d have to agree to.

“It’s what game theorists call an arms race,” Mayer said. “Campaign spending amounts have been going up steadily. Candidates will spend what they think they need to spend in order to be competitive.”

It’s much easier to raise money now, he added, thanks to online platforms like the Democrats’ ActBlue and the Republicans’ WinRed. The 2020 election cycle was the most expensive in U.S. history, with combined spending in presidential and congressional races reaching $14.4 billion, according to an OpenSecrets analysis of FEC filings.

The future of the fund

Shaw is like most American taxpayers, who decide not to contribute their $3. In 1976, roughly 28% of taxpayers checked the box, according to FEC data. Since the late ‘70s, support has steadily declined, dropping to about 4% of filers in 2020.

“I would imagine that most filers don’t quite understand the system,” Mayer said, offering that as one explanation for the drop.

Kolodny said taxpayers who are aware that politicians aren’t using the fund would have no reason to bother checking it.

While the number of taxpayers who decide to contribute has slowed down, the government still has $400 million in untapped funds that have accumulated over the years.

Mayer and Kolodny said there’s a lack of urgency to address the money sitting there because it isn’t that much in the grand scheme of things. Doing something with these funds just isn’t top of mind for most politicians grappling with other issues.

“There’s no member of Congress that thinks their reelection is going to be won or lost about what to do about the FEC money,” Kolodny noted.

Kolodny backs giving a certain proportion to the Federal Election Commission itself, which is understaffed and needs to update its cyberinfrastructure.

These funds have been reallocated in the past. In 2014, the money that would have gone to the presidential nominating conventions was redirected to a 10-year pediatric research initiative from the National Institutes of Health, according to Anna Massoglia, the investigative researcher for OpenSecrets.

Massoglia said some members of Congress have proposed using the cash to, for example,  shrink the federal deficit. She said it could also be used to continue funding the pediatric initiative, which is set to expire in 2023.

For this program to regain its relevance, Mayer said, we’d have to raise the spending and grant limits “by a factor of 10.”

“The program at one point did play a meaningful role in making candidates less reliant on private contributions from individuals and political action committees, but it just doesn’t have that function anymore,” Mayer said.