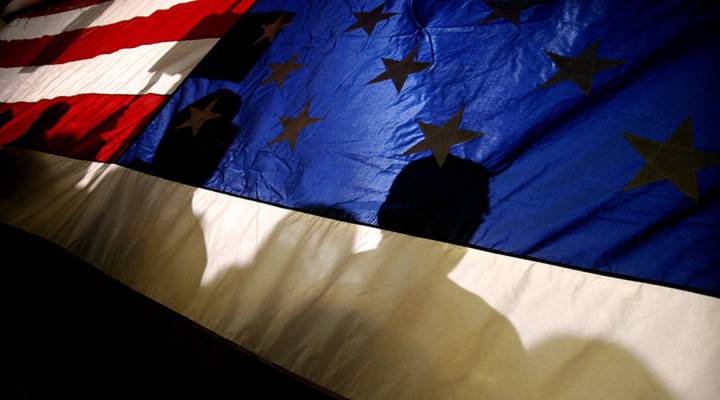 Monday marked the deadline for political campaigns and PACs to report their quarterly fundraising and spending numbers to the Federal Election Commission.

Some of those numbers are out already and confirm that when it comes to money, this midterm cycle is a record breaker, especially for Democrats in House races. Danny O’Connor, running, in Ohio, raised $6 million last quarter. Mikie Sherrill, a Democrat running in a red-leaning district in New Jersey, raised $2.7 million.

It’s hard to pin down just how many people make political donations. Polls from the Pew Research Center found about 12 percent of U.S. adults did in 2016.

That was a presidential year. Kelly Dittmar, an assistant professor of political science at Rutgers University, said fewer people tend to donate in a midterm election.

And, she said, “donors have been primarily wealthy, more upper class, and even upper-middle class, and dominated as well by men.”

According to the Center for Responsive Politics, men were 70 percent of donors and gave more than 70 percent of the money in the last midterm.

But this year, donations from women have more than doubled, said Sarah Bryner, research director at the Center for Responsive Politics.

More than double is still only about two-tenths of one percent of women donating more than $200, but, as Bryner explained, “the donations from women are outpacing what you would expect based on spending in this cycle.”

And more of that money than ever, Bryner said, is going to female candidates.