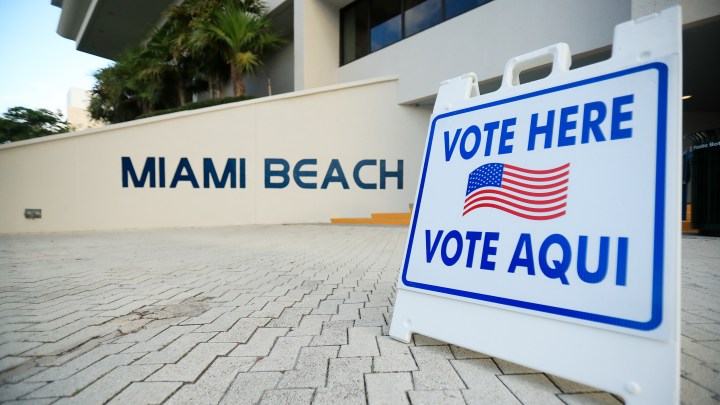 Florida is one of several states where the outcome of this year’s presidential election is likely to be close. So campaigns and outside groups are pouring money into the Sunshine State.

They’re also spending on legal battles over whether Floridians who’ve been incarcerated should be allowed to vote. Florida voters said yes. But the state’s courts said no — not unless those people pay off fines and fees.

Now, a coalition of activist groups has decided that instead of funding legal challenges to the ruling — which might not come in time for Election Day — it makes more sense to simply pay off people’s fines for them.

Billionaire Michael Bloomberg has raised at least $16 million to help pay fines and fees in Florida. Other celebrities, including LeBron James, have their own efforts.

“We’ve seen a big push in Florida, because they have the largest number of disenfranchised voters,” said Shannon Portillo, a political science professor at the University of Kansas.

The contributions, she said, are great for those who want to vote but couldn’t afford to otherwise.

“This does demonstrate how much money is affecting politics in our country,” Portillo said.

Florida isn’t the only state where this is happening. Mitchell Brown, an Equal Justice Works fellow at the Southern Coalition for Social Justice in North Carolina, was part of a successful effort there to unlink payment of fines and fees from voting rights.

“Many states across the country, in order to have your right to vote restored, you have to pay all your fines, fees and restitution, because the state considers that a part of your sentence,” Brown said.

In 2019, at least eight states explicitly said formerly incarcerated people can’t vote unless they pay, according to the nonpartisan Campaign Legal Center, which is fighting against the Florida restrictions.

Portillo said legal fights over these restrictions will continue past the election, “but ultimately people’s right to vote shouldn’t hinge on the charitable decisions of the wealthy.”

But in Florida this year, for thousands of formerly incarcerated people, it does.