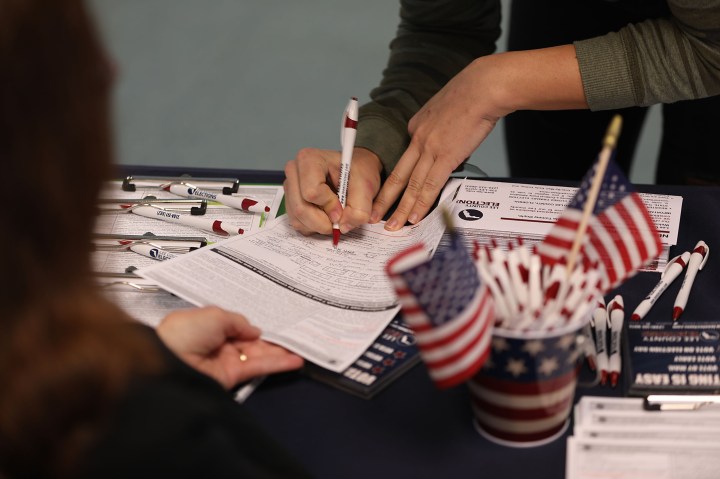 Florida can require people who have been convicted of a felony to pay all outstanding fines, fees and restitution before they’re allowed to vote, the U.S. Court of Appeals for the 11th Circuit has ruled. With just three weeks to go before the state’s voter registration deadline, the decision will likely prevent more than 770,000 people from casting a ballot in this year’s presidential election.

For some, having to pay hundreds or thousands of dollars before they can vote “will mean permanent disenfranchisement,” said Sean Morales-Doyle, deputy director of voting rights and elections at the Brennan Center for Justice, one of the lawyers representing the plaintiffs.

“It’s really counter to the principle that Americans should not have to pay to vote, and an affront to democracy itself,” said Julie Ebenstein, an attorney with the Voting Rights Project at the ACLU, who is also working on the case.

But months later, the Republican-led legislature passed a bill that Governor Ron DeSantis signed into law requiring people convicted of a felony to pay all outstanding legal financial obligations before their sentence could be considered complete. In May, a lower court judge found that law unconstitutional, calling it both a “pay-to-vote” system and a “poll tax.” In overturning the lower court, the 11th Circuit found the fines aren’t a tax, in part because they’re part of someone’s sentence.

Morales-Doyle said the decision means “it’s OK under the U.S. Constitution to put a price tag on voting. To charge someone for the right to vote. And beyond that, to charge them an amount of money that everyone knows they can’t afford.”

Every person convicted of a felony in Florida is required to pay certain costs and fees — typically at least $600 to $800 — which are used to fund the court system. Often, fines and restitution are assessed on top of that, and can easily stretch into the thousands or even millions of dollars, regardless of someone’s ability to pay. One of the plaintiffs in the Florida case owes more than $50 million in restitution.

“People owe significant debts that follow them for quite a long time,” Ebenstein said.

And most people convicted of felonies in Florida are poor. About three quarters are considered indigent, meaning they make less than 200% of the federal poverty line, according to data collected over the course of the trial, Ebenstein said — about $25,000 for a single person. For many in that situation, even $500 or $1,000 can be an insurmountable barrier to voting.

Black Floridians with a felony conviction are also more likely to owe money, and more money, than their white counterparts. As of 2016, more than 20% of Black people in the state were ineligible to vote, according to a study by the Sentencing Project.

The Florida Rights Restoration Coalition has been working since last year to raise money to help people with past felony convictions pay off their outstanding legal financial obligations so they can vote. So far, the coalition has done that for about 4,000 people, at a cost of about $4 million — it is planning to continue fundraising and paying off as many people’s debts as possible before the state’s voter registration deadline on Oct. 5.

“Then we’re going to keep going, after the registration deadline, after the election, and just keep moving forward, because every single person should have an opportunity to be heard and participate,” said Neil Volz, the coalition’s deputy director. “There’s not a better evangelist for democracy than somebody who lost the right to vote and got it back.”

Already, around 85,000 people with felony convictions have registered to vote in Florida since Amendment 4 passed in late 2018. Some, including Volz, who had a felony fraud conviction, have paid all of their outstanding fines and fees and will remain eligible to vote in November.

For many others, it has been impossible to figure out whether they still owe money, and if so, how much, because the state does not have a centralized system for tracking legal financial obligations.

Whether or not the 11th Circuit’s decision is ultimately overturned on appeal, “the fact is, no matter what happens between now and Oct. 5, we can still be sure that this is going to disenfranchise many people in Florida,” Morales-Doyle said. “Because every day that goes on where there’s this confusion about who’s eligible and who’s not means that more people will miss out on voting.”