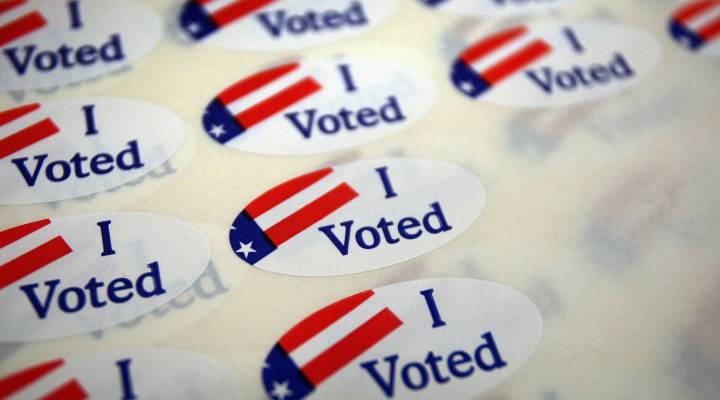 Voters are often asked if they are better off now than they were 4 or more years ago. To find out, Marketplace and APM Research Lab went straight to the numbers, looking at several different different data sets that tell us how Americans in general are doing since the Great Recession, and where things stand for people now, in the midst of the pandemic.

When President Barack Obama took office in January 2009, he inherited an economy that had already been savaged by the Great Recession, devastating the labor market, businesses, homeowners and household finances. Unemployment hit a high of 10% by late 2009—by which point the recession had already officially ended.

And the pace of the recovery that followed from 2010 to 2019 was relatively uniform, says University of Michigan economist and former chief economist at the Labor Department, Betsey Stevenson: “There is no clear change in the trajectory or path of the economy when Trump becomes president in 2016. We see an economy that started recovering in 2010 and just kept going for an extremely long period of time.”

The economic recovery was brought to an abrupt halt by the COVID-19 pandemic. The contraction caused by the nationwide economic shutdown in March and April 2020 led to tens of millions of furloughs and layoffs, and sent the unemployment rate soaring to 14.7%, a post-Great Depression high. The economic impact was mitigated early on by the $3.4 trillion CARES Act—which provided federal stimulus payments, small- and big-business grants and loans, and generous unemployment benefits. Millions of Americans have returned to work, and unemployment has fallen to 8.4% as of August 2020.

“It’s a confusing time,” Stevenson said. “Right before the election, we’ll probably see unprecedented, record GDP growth. The reality though is that we’re still going to have an economy that’s 5% or more smaller than it was a year ago. So we have a long way to go to get out of this recession. And it may well take us the same amount of time or longer than it did to recover from the 2008 recession.”

After a steady recovery from the Great Recession, unemployment soared in the pandemic

Job losses soared in the Great Recession. The unemployment rate had already risen from 5% in December 2007 to 7.8% in January 2009, when President Obama took the oath of office. Unemployment would hit 10%  in October 2009 (the highest rate since the early-1980s recession), before beginning a slow, gradual descent through the subsequent decade. The unemployment rate was at 4.9% when President Trump took office in January 2016. The decline in unemployment continued until hitting a plateau at 3.5% in late 2019 — a 50-year low.

COVID-19 changed all that. With tens of millions of American workers furloughed or laid off in the first two months of the pandemic, unemployment spiked to 14.7% in April 2020—the highest rate since the Great Depression of the 1930s. (Note: Due to misclassification of survey respondents, the Bureau of Labor Statistics estimates that the actual unemployment rate in April was approximately 5% percent higher, at 19.7%.)

The shock has been sharp — but relatively short. As millions of workers have been called back from layoff or furlough, and as businesses have reopened, the national unemployment rate has fallen back to 8.4%  as-of August 2020. However, that is still more than double the pre-pandemic level. And some sectors that were hit hardest by layoffs early on are still down significantly — leisure and hospitality jobs, for instance, are still around 35% below pre-pandemic levels. And cities and states heavily dependent on those jobs —such as New York, Nevada, Hawaii and California — are suffering unemployment rates much higher than the national average.

U.S. Median income shot up during the pandemic — because lower-wage workers lost their jobs

American workers’ paychecks inched up steadily — but slowly from the end of the Great Recession in 2010 through 2019, roughly keeping pace with inflation. Then, in the April-to-June period of 2020 — after the COVID-19 pandemic hit — wages shot up. Median weekly earnings rose from $949/week to $1,006/week. Growth in average hourly earnings more than doubled — to 8% on an annual basis — between February and April. What gives?

“It’s not that some people have done well and others haven’t,” says Stevenson, the University of Michigan economist. “That’s a measurement artifact. A lot of low-income people have been laid off.” Stevenson says those workers’ median wages aren’t counted as $0. “They just disappear from the data. If we get rid of everyone in the bottom 25% of the earnings distribution, then median wages are going to rise. But that’s not because everyone got a raise. The people who got to keep their jobs were high earners, and the people who lost their jobs were low earners.”

The uninsured rate has been rising under the Trump administration

On March 23, 2010, the Affordable Care Act, President Obama’s signature health care legislation, was enacted. And the graph shows in simple mathematical terms the impact of the ACA’s provisions for expanding health coverage. The percent of Americans without health insurance fell from 15.5% in 2010 to 8.6% in 2016, an important improvement since health care costs are a leading reason for personal bankruptcy filings in the U.S.

Under President Trump, the trend-line began to reverse, with the percent of uninsured rising to 9.2% by 2019. The COVID-19 crisis has caused a new spike in the uninsured rate. According to the Household Pulse Survey from the Census Bureau, 12.3% of Americans were uninsured in July, falling to 10.9% in August. Along with their jobs, many workers lost their employer-provided health insurance in the wave of layoffs that began in March. Had more middle- to high-wage workers lost their jobs in the pandemic, the pace of health-insurance loss would likely have been even higher. COBRA is unaffordable for most laid-off workers while low-wage workers are least likely to have health coverage from their employers to begin with.

Despite the CARES Act, mortgage delinquencies and missed rent payments rose with the pandemic

The Great Recession of 2007-2009 was precipitated by a housing crisis in which home prices rose precipitously, banks and other lenders made risky mortgage loans to buyers, and those risky loans were in many cases repackaged into mortgage-backed securities. When the housing bubble burst and home prices began to fall, many buyers lost their homes to foreclosure. (And some major financial institutions either failed or were bailed out.) Mortgage delinquencies hovered near 4% at the end of the Great Recession in 2009, then gradually fell as the economic recovery gathered steam. The favorable trend continued through the decade, as more Americans returned to work, home values recovered, and lenders adopted tighter underwriting standards.

The massive job and income losses in early spring 2020 as the COVID-19 pandemic hit led to a spike in mortgage delinquencies, to 9.1% by early summer. Delinquencies might have gone higher still were it not for provisions in the CARES Act allowing some borrowers to get temporary forbearance on their mortgage payments. Since mid-summer, delinquencies have trended downward again, as more Americans have returned to work.

But despite millions of workers having been called back to their jobs since April, millions more have seen their temporary furloughs and layoffs become permanent. As of August, the number of unemployed Americans is 7.8 million higher than before the pandemic; 2.1 million have permanently lost their jobs, while 6.2 million remain on temporary layoff — uncertain when or if their employers will call them back.

Much of this income and job loss has been concentrated in low-wage face-to-face service jobs with a high proportion of women, Black and Latinx workers — jobs at bars and restaurants, hotels and airports, salons and gyms, and in daycare and home-health assistance. These workers were already financially vulnerable — often living paycheck-to-paycheck with little emergency savings going into the pandemic.

Households where a primary breadwinner is still out of work or has lost significant income are having trouble meeting their basic financial obligations, from bills to rent, as the pandemic drags on. When eviction protections under the CARES Act ran out in the summer, The Centers for Disease Control and Prevention issued a nationwide moratorium on evictions, in an effort to prevent the further spread of COVID-19. The moratorium, which runs from Sept. 4 to Dec. 31, does not include rental assistance or forgiveness, a major problem for the many people who are unable to pay rent.

Meanwhile, more than 20 million out-of-work Americans who are receiving unemployment benefits have gone without a $600/week federal pandemic supplement since mid-summer. The average weekly benefit nationwide is now approximately $325/week. Congress has so far not passed a new stimulus bill to extend the payments.