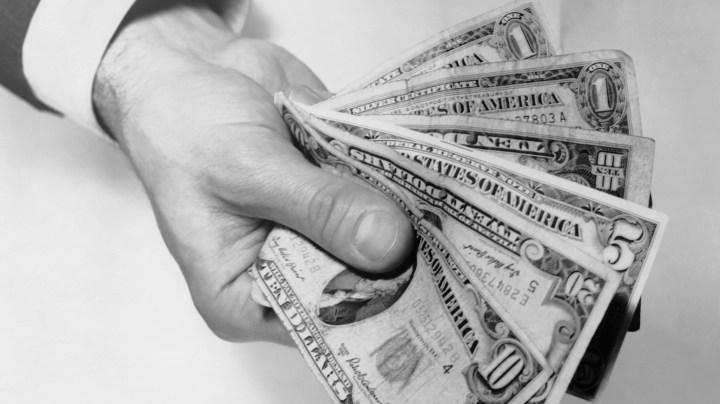 It’s been about a year and a half since the 2017 tax law took effect. It was a massive overhaul to the way taxes are collected in this country, lowering the corporate tax rate from 35% to 21%. And it was sold, in large part, as a way to benefit everyday workers.

After the law passed, big employers like Wells Fargo, Home Depot and Walmart announced they’d use some of those savings to give out bonuses.

“One of the benefits for firms in giving out bonuses is that it allows you to make a decision one year, and then not carry forward with it,” said Seth Carpenter, chief U.S. economist at UBS.

So far, they’re not carrying forward — this week, the Labor Department said bonuses are down by 24% this year.

Supporters of the Republican overhaul promised that the corporate tax cuts would lead to a surge in corporate investment.

In 2018, companies spent $200 billion more on stock buybacks than on research and development.

Meanwhile, the Treasury Department said corporate tax revenue fell by 9% so far this year, according to Politico. Thing is, the nonpartisan Congressional Budget Office had predicted that revenue would increase. Plus, Republicans promised that the tax cuts would pay for themselves.

“The idea that tax cuts pay for themselves I think is something of a myth,” said Leandra Lederman, a professor of tax law at Indiana University’s Maurer School of Law.

There are a number of reasons why corporate tax revenues could be falling, but Carpenter said it should surprise nobody that cutting taxes ends up cutting government revenues.

Plus, tax revenues are tied to the strength of the economy. Carpenter said the ongoing trade war with China could hit tax revenues even harder.