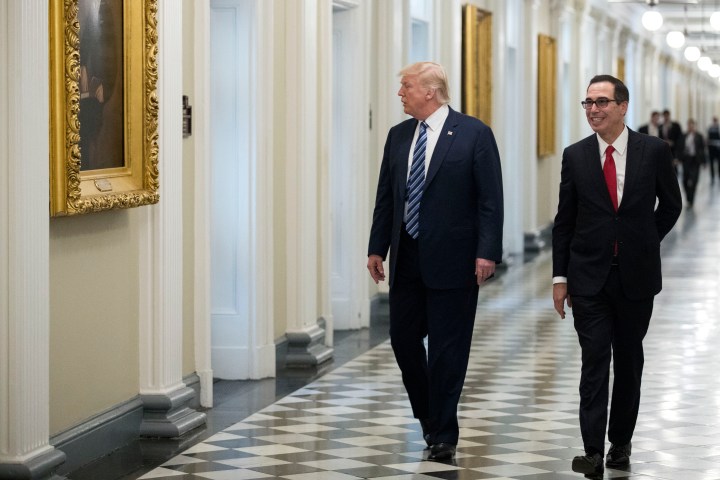 Under the Tax Cuts and Jobs Act of 2017, the corporate income tax rate shrank from 35% to 21%. In exchange for this — and another tax break on trillions in profits made overseas — the bill introduced two new taxes designed to try to discourage companies from shifting profits into tax havens like Bermuda and the British Virgin Islands. After President Trump signed the bill in December of 2017, corporate lobbyists swarmed the Treasury Department for exemptions to these new provisions.

“Marketplace” host Kimberly Adams spoke with Jesse Drucker from the New York Times about his reporting on how lobbyists successfully knocked down companies’ tax bills so that they became even smaller than anticipated when the bill was signed.

“It’s not surprising that companies would lobby to try and affect the regulation process here,” Drucker said. “What probably is surprising is the degree to which they were successful and to which things that are simply not spelled out in the law were granted to them in the regulatory process.”

Because of the success of the lobbying, Drucker said that the federal government may collect hundreds of billions of dollars less over the decade than originally projected.