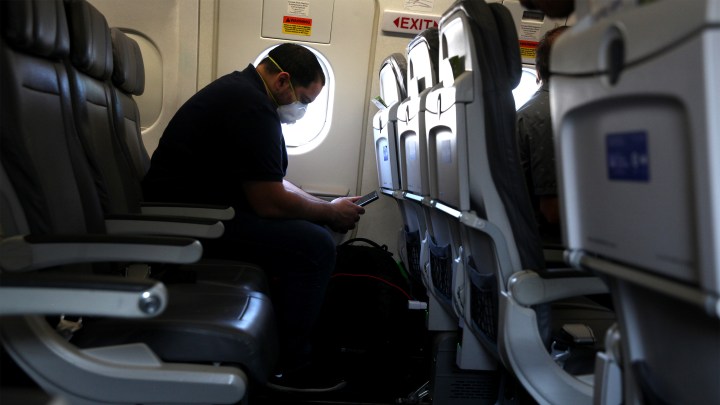 COPY
A passenger waits for a United Airlines flight to begin. Demand for air travel has been curtailed by the coronavirus. Justin Sullivan/Getty Images
COVID-19

A passenger waits for a United Airlines flight to begin. Demand for air travel has been curtailed by the coronavirus. Justin Sullivan/Getty Images
Listen Now

United Airlines announced it would no longer charge fees to ticket holders for canceling or changing most domestic flights, becoming the first U.S. carrier to do so. Shortly afterward, Delta and American said they would do the same thing. Airlines want folks to buy tickets in these uncertain times, but in waiving the fees, they’re also cutting a significant revenue stream.

“It is historically a lot of revenue, but a lot of it is collecting that revenue from customers who are no longer around,” he said.

Like business customers who aren’t flying right now. He said the calculus for airlines here is all about generating demand.

“We can eliminate the uncertainty for customers who we really would like to book travel in advance,” Mann said. “And then we can also, you know, give ourselves another opportunity to upsell.”

Upsell because the change fees won’t be waived for basic economy tickets.

Zach Griff covers the airline industry for the travel website The Points Guy. He said what airlines need right now is working capital.

“Any money that the airline gets right now is money,” Griff said. “They’re burning cash, millions of dollars of cash each day, and they’re still working on trying to trim that back down to zero.”

So, he said, airlines need folks to make future investments in travel even if customers have to change or cancel a flight.