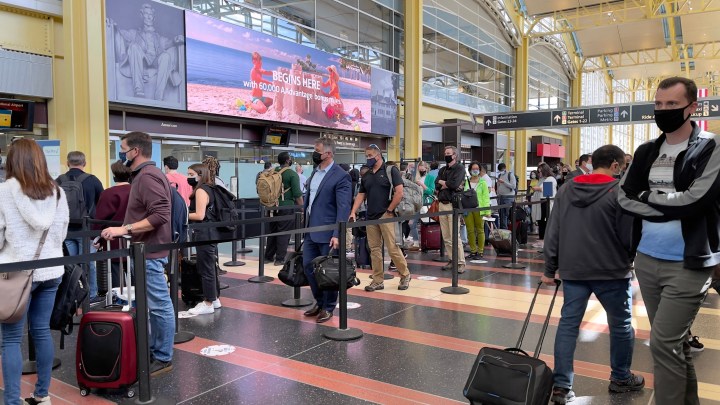 When I buy a non-refundable airline ticket, but do not use it, why don’t I get the government taxes and fees (passenger facility charge, segment tax, transportation tax, and U.S. security fee) returned to me? Does the airline still pay those to the government? Or does the airline pocket them?

Buying an airline ticket comes with what seems like a never-ending series of fees. There’s the passenger ticket tax, the cargo waybill tax and a security fee, along with nearly a dozen others depending on your traveling circumstances.

These different fees go to different government agencies — along with the airlines themselves — which explains why airlines can provide a refund for some of them.

“But for the most part, they don’t unless consumers raise a stink about it,” said John Breyault, vice president of public policy, telecommunications and fraud at the National Consumers League.

Airline tickets are subject to a 7.5% excise tax on all domestic flights, which is collected by the IRS. The agency says that if an airline does indeed refund the ticket, a proportionate amount of any excise taxes may be refunded as well.

The Federal Aviation Administration also has a passenger facility charge program that allows airlines to collect up to $4.50 for every eligible passenger, with a maximum of two PFCs charged on a one-way trip or four PFCs on a round trip. (Airlines for America, a trade organization, has compiled a comprehensive list of the commercial and general aviation taxes you have to pay here.)

Some charges that are refundable, whether or not your ticket is used, include the $5.60 TSA fee (also known as the Sept. 11 security fee), the customs user fee and the immigration user fee, according to Breyault.

But he said you have to ask for a refund for these particular fees. A government report in 2010 found that few consumers request one for the Transportation Security Administration fee “because airlines are not required to inform consumers of this.”

In cases like the excise tax, Breyault explained that it is levied at the time of purchase.

“That is when the airlines remit that fee to the IRS. It doesn’t matter whether the consumer ever flies on that ticket or not,” he said. “So that is not a fee that the airlines can give back to a consumer.”

Marketplace reached out to several airlines for clarification of their policies. A spokesperson for American Airlines said that on nonrefundable tickets, passengers can get a refund — upon request — of taxes that the carrier is not required to pay.

“We cannot provide a comprehensive list as it changes frequently given the multitude of domestic taxing entities we work with and the many international countries that we serve,” the spokesperson said over email.

The spokesperson also noted that if customers receive flight credits for not using their tickets, these taxes and fees will go toward their new tickets.

Mary Schiavo, head of the aviation practice group at the plaintiff litigation firm Motley Rice, said airlines keep the rest of those ticket fees that aren’t paid directly to the government.

Schiavo said the FAA permits airlines to do this with the rationale that the regulatory agency is looking out for the financial health of the airlines.

Revenue for the Airport and Airway Trust Fund, which has helped pay for FAA operations, has steadily increased since the 1970s, according to the Tax Policy Center. The AATF receives funds through excise taxes on passenger fares, air cargo and aviation fuel. In 2018, it received about $16 billion.

In 2004, a group of customers brought a lawsuit against major U.S. and foreign airlines alleging that they wrongfully kept the fees and taxes associated with their tickets. But a district court dismissed the case, which the 1st U.S. Circuit Court of Appeals affirmed in 2007.

Marketplace asked the Department of Transportation for comment about the policies surrounding airline ticket taxes and fees, but did not receive a response in time for publication.

Consumers who want a refund, Breyault said, should first get in touch with their airline and ask what their options are. He added that it doesn’t hurt to also file a complaint with the DOT.

“The DOT does review all the complaints that people file, and they can take action,” Breyault said.