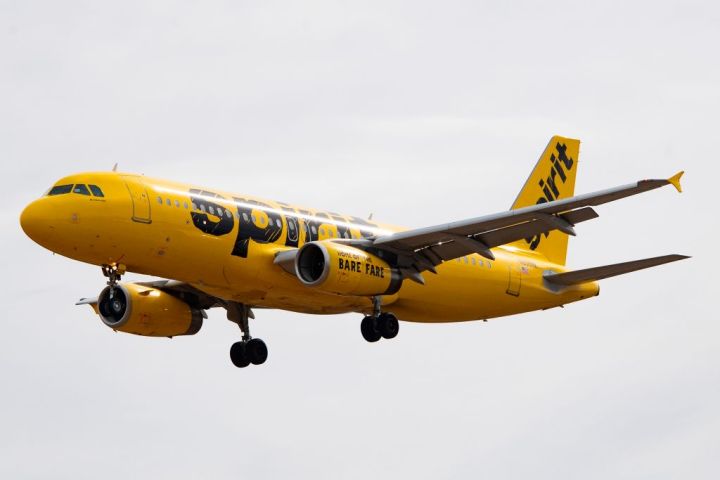 A view of an Airbus 320 operated by Spirit Airlines. Jim WATSON/AFP

A view of an Airbus 320 operated by Spirit Airlines. Jim WATSON/AFP

Seat selection. Boarding times. Carry-on bags. Checked bags. Figuring out the best airline tickets to buy can be a headache.

Low-cost airlines — think Southwest or Spirit or Frontier — have given travelers the opportunity to fly at discounted prices, but it’s also increased the number of factors you have to consider. Like whether those carry-on items will end up making a significant dent in your wallet. Or whether “basic economy” options offered by traditional airlines might work out at about the same price.

We decided to look at how the price of a nonstop round-trip from Los Angeles to Chicago stacked up at one low-cost carrier compared to a traditional airline. Here’s how it broke down.

For Spirit Airlines — an ultra low-cost carrier based in the U.S. — the round-trip ended up totaling more than $425. That included the cost of the actual ticket price, printed boarding passes and one carry-on bag during arrival and departure.

Madhu Unnikrishnan, editor at Skift Airline Weekly, told Marketplace that more and more passengers are conditioned to bring a carry-on.

However, Spirit does have membership deals that’ll give you access to lower fares and discounted bag prices, which could change the amount you end up paying.

Under what circumstances should you consider low-cost airlines?

“If you’re very price-sensitive, and you’re willing to sacrifice some of the creature comforts, and you recognize that you have to pay for either your checked bag, or the bag you put in the overhead bin,” Unnikrishnan said.

Robert Mann, an airline industry analyst, agreed that if you value basic transportation and you carry everything you’re going to take with you, then these ultra low-cost carriers can represent a “tremendous deal.”

Unnikrishnan noted that major airlines have been raising their fares, which has allowed low-cost carriers to expand their market share and attract price-sensitive consumers. In response, traditional airlines have been introducing “basic economy” fares to fend off the competition. Delta was the first U.S. carrier to do so, back in 2012.

If you compare this Spirit price to the cheapest available flight on basic economy at American Airlines, for the same route and time period, you’ll find you’ll actually end up paying more with the ultra low-cost carrier.

A basic economy trip on American Airlines will cost $392.61 — about $30 less than the Spirit flight. Unlike Spirit, you’re allowed one free carry-on, in addition to a personal item.

Robert Mann pointed out that you aren’t always guaranteed a cheap ticket on an ultra low-cost carrier.

They do have lower operating costs compared to a traditional airline, which usually allows them to charge those lower fees.

“But because they’re rational business people, pricing according to what the market will bear, they may charge fares that are no different or not very much different,” Mann said. “The economics at play is that they will charge you what they think you’re willing to pay.”

While the “main cabin” seating for this route on American Airlines costs the most, at about $446, it provides benefits that the others don’t — like being able to choose your own seat and change your flight (although a fee still applies).

Unnikrishnan said one drawback of a low-cost carrier is that there may only be one flight every couple of days between certain destinations, making flexibility difficult.

“I certainly say, for the business traveler, the route networks and the flexibility and the large number of flights that the larger airlines offer is invaluable,” he noted.

At the end of the day, whether you go low-cost or traditional, airlines are getting even smarter about their customer base and how to charge accordingly.

“They know what their customers ultimately purchase along a spectrum of outcomes,” Mann said.