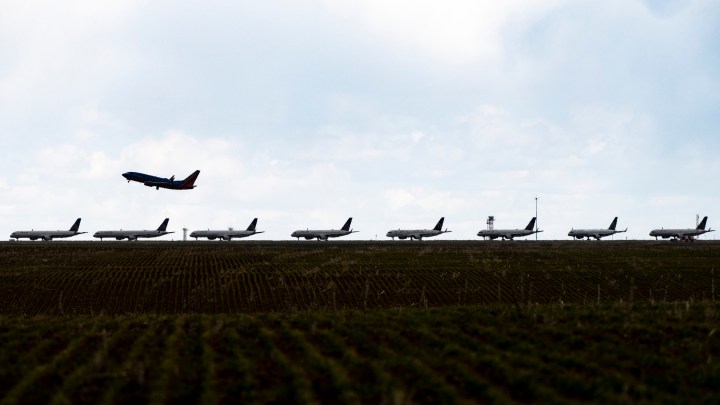 Delta Air Lines reported a second-quarter profit of more than $650 million Wednesday, breaking a five-quarter streak of losses. The turnaround is thanks to federal aid and the full return of leisure travel to 2019 levels. Delta describes this rush of passengers as “surprising” and “overwhelming.”

​And Delta said while it is not having trouble staffing flights, its contractors have struggled to hire people to do things like preparing food and gassing up planes.

When you fly, especially to or from a city that’s not a hub for a major airline, most of the folks you encounter won’t be employed by the airline that sold you your ticket, said airline industry analyst Robert W. Mann.

“That would include everything from the greeter that meets you at the curb, you know, with a wheelchair, to ticket agents, to baggage handlers and other services,” Mann said.

In the United States, airlines have been peeling off parts of their operations since the industry was deregulated in the late 1970s, according to Mann.

“And some of these companies were actually set up by the carriers themselves,” he said, adding that the idea there was for airlines to use nonunion workers at lower wages.

From a cost perspective, outsourcing still makes a lot of sense for airlines, said Michael Boyd, an airline industry consultant.

“The downside to that is some of those companies, they don’t pay very well. They don’t have benefits,” he said. “We’ve worked with a couple of them that pay $10 an hour, no benefits, work the flight and go home. Do you think that employee really gives a rip whether you fly that airline again? I don’t think so.”

Boyd said third-party contracts come up for renewal about every three years or so.

That gives airlines the chance to assess whether or not to bring certain elements of the flying experience back under their own corporate umbrellas, said Andrew Medland, a transportation analyst at Oliver Wyman.

“I think with a number of airlines, it’s a constant consideration. As they focus on both costs to deliver the operation, as well as their ability to have control over and to better manage to objectives, what it is they’re trying to do?” Medland said.

He said that the amount an airline outsources is cyclical and that airlines are more likely to look for cost savings when revenue is down because people aren’t flying.