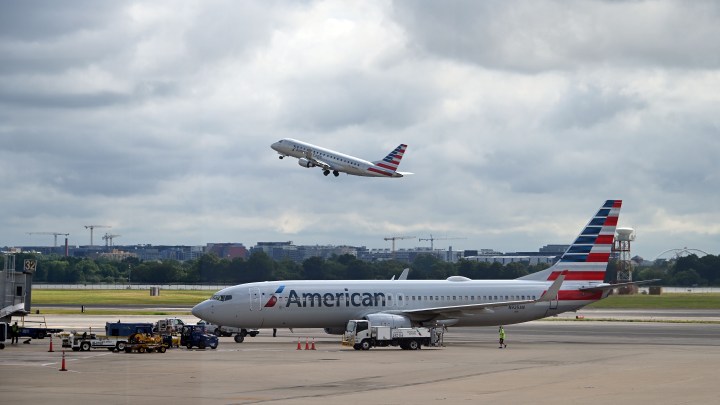 COPY
Business travelers have outsize influence on airlines, generating around half of the industry's revenues, according to analysts. Daniel Slim/AFP via Getty Images
COVID-19

Business travelers have outsize influence on airlines, generating around half of the industry's revenues, according to analysts. Daniel Slim/AFP via Getty Images
Listen Now

U.S. airlines are warning of major job cuts if federal aid isn’t re-upped past its October end date. American Airlines said it would cut 19,000 jobs by October. Delta Airlines may furlough around 2,000 pilots, with another 1,800 taking early retirement.

Air travel is still down about 69% from last year, and while a vaccine or effective treatment for the virus could turn things around for tourism, business travel may never be the same.

Before COVID-19, Samuel Chu enjoyed his weekly business trips from Los Angeles to Washington, D.C., for his work as an advocate for several human rights nonprofits. Now he misses it so much he’s been switching his pillow occasionally to simulate sleeping in a different bed.

“So much of my mental biological clock is sort of wired that way,” Chu said.

Business travelers have outsize influence on airlines. They often buy more expensive and profitable tickets, generating more than half of the industry’s revenues, according to airline analyst Henry Harteveldt, president of Atmosphere Research Group.

“Business travel is almost as important to airlines as jet fuel,” Harteveldt said.

“That is a reflex that has been trained and will not go back to what it once was,” Sorensen said.

He said that may mean that common business travel routes, like New York to D.C. or LA to San Francisco, could be cut back, and some flights might become more expensive.