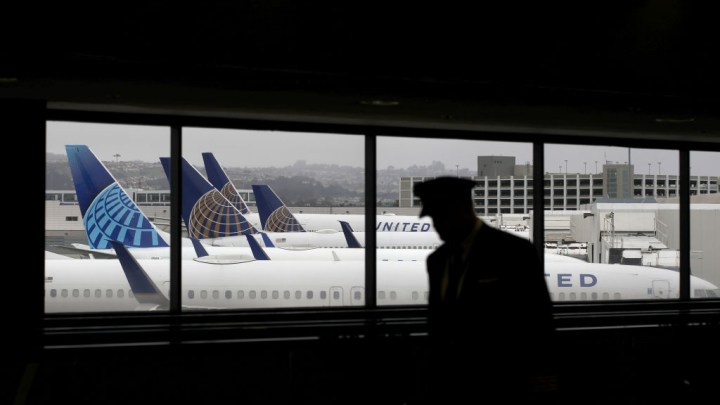 COPY
Airlines haven't had to pay much attention to loyalty programs in recent years because demand for flying has been high. That's going to change. Justin Sullivan/Getty Images
COVID-19

Airlines haven't had to pay much attention to loyalty programs in recent years because demand for flying has been high. That's going to change. Justin Sullivan/Getty Images
Listen Now

There’s news United Airlines will cut 30% of management jobs in October, and a report from Reuters says about 30% of United pilots maybe “displaced.”

At a time that few are flying, the airlines are still trying to find ways to keep their most lucrative customers engaged. It’s about frequent-flyer programs.

Customers like Jasmine Mazyck are the reason why airlines have frequent-flyer programs.

“I am extremely loyal to American Airlines,” Mazyck said.

Her typical travel for her job, as an entertainment publicist, is enough to earn her high enough status to get perks — free checked bags, early boarding and lounge access. She took eight flights in the first couple of months of this year, before movement restrictions around COVID-19 kicked in.

“Every year you start over, and you have to reaccumulate your points, so it is extremely difficult this year because a lot of us are on hold from traveling,” Mazyck said.

These programs are important to business travelers, who are, in turn, crucial to airlines as they pay for those profitable business class seats, says Samuel Engel with the aviation group at consultancy ICF.

“You could be looking at a group of people who are 2% of the airlines flyers, and over 15% or even 20% of their revenue,” Engel said.

The last thing airlines want is to give travelers any excuse to rethink their favorites. American, United, Alaska, Southwest and Delta say they’ll extend elite status until, at least, into 2021, and make it easier to qualify this year.

Airlines haven’t had to pay much attention to their loyalty programs over the last few years, because they haven’t had to fill empty seats. Demand, and profits, have been high.

Gary Leff of the View from the Wing, which covers frequent travel, says that could change now, if travelers are slow to come back.

“It’s going to be a rejuvenation of frequent-flyer programs, because fundamentally they’re the primary marketing vehicle that travel providers have, and marketing’s going to be a lot more important in the coming environment,” Leff said.

Airlines and passengers will have to wait to see what air travel looks like as movement restrictions are lifted.