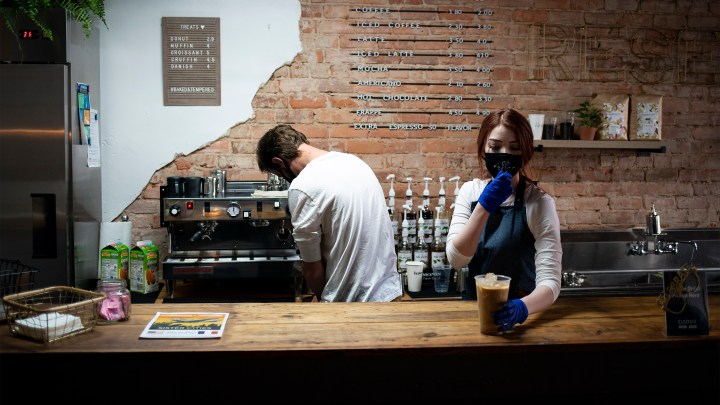 Baristas prepare drinks at a coffee shop in North Carolina. Some say high unemployment benefits are discouraging employees from returning to work during the pandemic. Al Drago/Getty Images
Listen Now

Expanded unemployment benefits are set to expire at the end of July. The Republican proposal in the Senate would cut those benefits from $600 a week to $200 until they can be adjusted this fall to 70% of a worker’s previous income.

There is a debate over the costs and benefits of expanded unemployment payments.

Deniz Kocak runs Turkuaz restaurant in the Midtown West area of Manhattan. As restaurants reopened there last month, she started calling her staff back to work, and some said no. They told her that unemployment was paying them more than what she would.

She said it complicated her reopening.

“We did get some [Paycheck Protection Program money] from the government, but part of that getting turned into a grant is reliant on part of it being used as payroll,” she said. “And of course, it’s very hard to get the people back.”

As the expiration date for benefits got closer, Kocak said, workers eventually came back. There’s a debate over how common Kocak’s situation is.

“Lots of workers in the economy are currently eligible for unemployment benefits that exceed their lost wages,” said Joseph Vavra, a professor at the University of Chicago’s Booth School of Business.

But he said it’s not clear how often that causes someone to not take a job. People value certainty, he said, and some workers may go back to work for health care, for example.

Vavra also said if an employer reports that it’s re-offered a job to a laid-off employee and that employee declined to come back because he or she makes more on unemployment, the worker is no longer eligible for benefits.

“To me, it seems less likely that a worker is going to refuse to go back to work in this very uncertain labor market,” Vavra said.

Heidi Shierholz, senior economist and director of policy at the Economic Policy Institute, said some amount of expanded unemployment benefits is a good idea beyond their current expiration date.

“Government spending on unemployment insurance benefits is one of the most, if not the most, effective things the federal government can do for stimulating the economy,” Shierholz said.

Marc Goldwein, senior vice president and senior policy director at the Committee for a Responsible Federal Budget, said unemployment benefits can’t stay so high indefinitely without potentially slowing a recovery, but now is not the time to make drastic cuts.

“Probably the smart thing to do is to unwind it slowly,” he said. 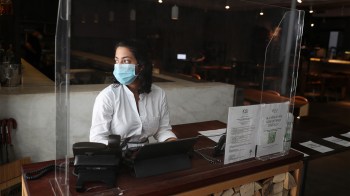