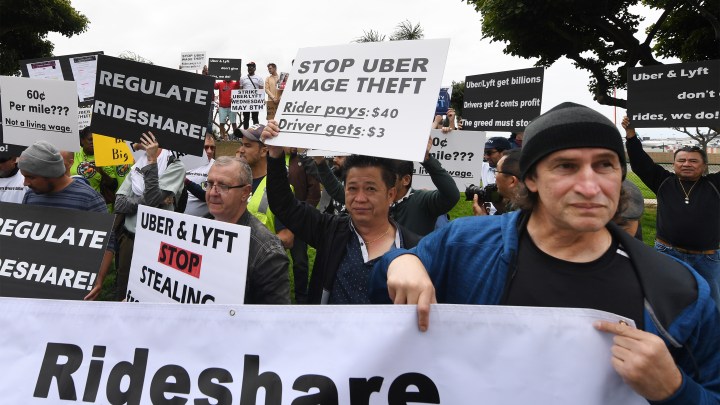 Same-day delivery has been a growing part of Target’s business during the pandemic. But Target employees don’t do most of the work picking up merchandise from stores and delivering it to customers’ homes. Instead, it’s mostly handled by gig workers hired through a platform called Shipt.

This week, some of them are protesting its new pay structure. Instead of being paid a set rate per order, an algorithm will weigh how busy a store is, how bad street traffic is and other factors to set the pay for an order.

Algorithms are foundational to how gig platforms like Uber or Instacart do business. Most users are familiar with surge pricing, where prices vary depending on demand. But that’s just part of a complex web of algorithms that affect everything from which jobs a gig worker is offered to how much they get paid for them.

“I really compare it to like the wizard behind the curtain in ‘Wizard of Oz,'” said Carlos Ramos, a ride-hailing driver in San Diego for the past three years. “Stuff is happening back there, and you have no idea what’s going on.”

Ramos has noticed some patterns: When he first logs on, he seems to be offered a lot of shorter, less lucrative rides until he decides to call it a day and head home.

“And then I’ll get a request for a hundred-mile trip in the other direction,” he said. “This has happened time and time again.”

He thinks it’s because of Lyft’s algorithm, but he can’t be sure because companies keep their software secret.

“We have no idea,” said Veena Dubal, a professor at the University of California’s Hastings College of the Law. “Everything that we know about the algorithms is based on what workers tell us they experience.”

Dubal has surveyed hundreds of gig workers to tease out how the algorithms work, and she’s concluded they’re designed to keep workers logged on for as little pay as possible.

“They therefore cannot predict their income on any given day or any given shift,” she said.

These systems cause financial uncertainty that puts workers at a disadvantage, said Kate Crawford, the co-founder of the AI Now Institute at New York University.

“These algorithmic systems are essentially increasing the power asymmetry between workers and employers to quite an extreme degree,” she said.

While each platform has unique algorithms, they all have a common objective, she said: to maximize profits, often at the expense of workers.

Shopping in the gig economy after retirement 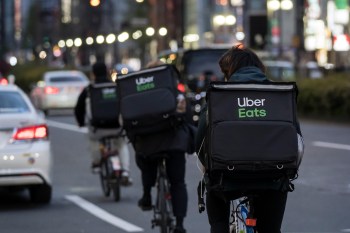