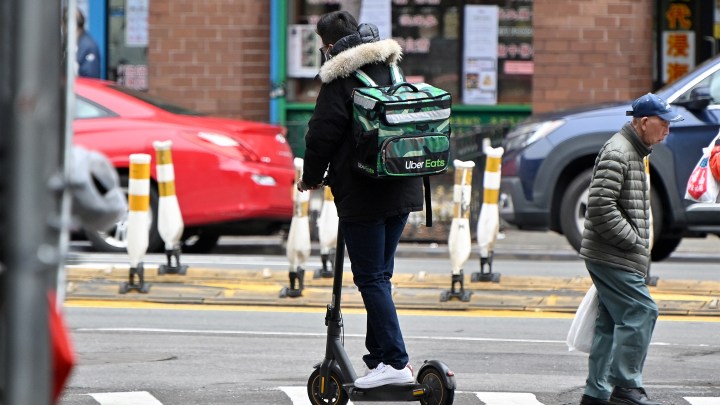 A phenomenon known as “tip baiting” has been getting a lot of attention. It’s when an Instacart user attempts to induce a shopper to accept an order with promises of a big tip, only to reduce or delete the amount entirely once the delivery has been made.

Instacart has said it’s not a common occurrence, but gig workers on the platform have called on the company to change its app to prevent this practice. And the controversy highlights a longstanding battle over in-app tipping on gig platforms.

The base wages gig workers earn from platforms like Uber or Instacart are variable, based on distances, the level of demand and the mysterious algorithms set by the apps. That’s why full-time LA food delivery driver Skylar Aud says tips are so important.

“Tips are 50% of my income currently,” Aud said. “Without those tips, I would be probably operating below poverty level.”

So he pays close attention to the apps. Some platforms set a default tip, while others make it a choice to opt in.

“What you ask for and how you ask for it can impact the amount that people leave,” said Michael Lynn, a consumer behavior professor at Cornell University.

That’s because the biggest factor in tipping is social pressure. In a restaurant, that comes from a physical person looking over your shoulder. But online, it can be built into the app.

“The larger those kind of default options are, those who do tip leave a larger amount,” Lynn said.

But there’s a catch. As the ask gets bigger, a higher share of people will choose not to tip. They have a negative reaction to social pressure, and that sour taste is what gig platforms are hoping to avoid, according to Ravi Dhar, a marketing professor at Yale University.

“When you take money out of a relationship, then that relationship goes from being more transactional to more social, and people have a higher customer experience overall,” Dhar said.

In theory, forcing users to think about a tip could make them less likely to use the service. All that said, delivery driver Aud points out there’s another big variable he’s been pleasantly surprised by lately.

“People have just been incredible,” Aud said. “I’ve had many, many, many generous tips — a lot of them over $100 for a simple grocery run.”

And a tweak of the app wasn’t even needed. 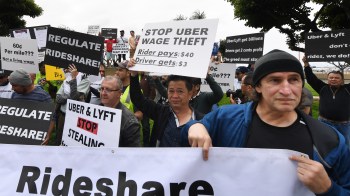 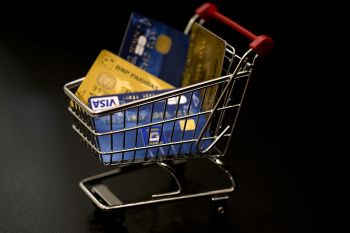